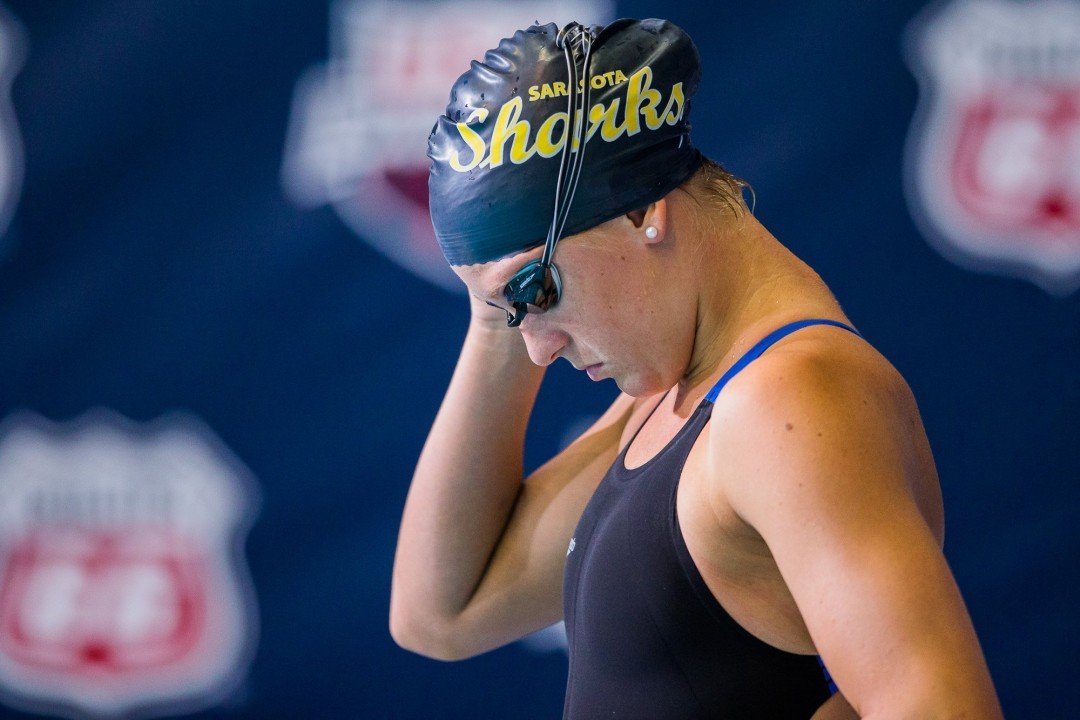 Danielle Valley, out of the Sarasota YMCA distance program, will bring All-America caliber times to wherever she transfers. Archive photo via Tim Binning/TheSwimPictures.com

2012 Olympic Trials finalist Danielle Valley is looking for a new program to transfer to, according to a University of Florida spokesperson.

While the statement would not confirm if a full release was given, meaning that Valley would be immediately eligible to compete in the fall of 2014 after her transfer, it did say that “Danielle will not be on our roster this coming school year” and that “she has been granted permission to talk with other schools.”

In terms of times, Valley had a very good freshman year in The Swamp, swimming lifetime bests in both the 500 free (4:39.00) and the 1650 free (15:53.94) at the SEC Championships. That time in the mile put her 4th in the conference and was an NCAA Automatic Qualifying mark.

Her NCAA Championship meet didn’t go quite as well, as she added big time in both of those events and the 400 IM to finish out of the scoring, but wherever she transfers to is getting a swimmer who has bona-fied All-American times.

Florida head coach Gregg Troy had no comment on the matter.

Oh no! 😆
Please, not the Gregg Troy/Gators debate again!

i knew when her name wasn’t on the press release i’d be seeing something. however i’m not really a huge follower of UF other than one or 2 swimmers, just happened to see that name absent. thought she wasn’t competing for some reason. then i saw her. then this.

Of course, all the UF dropouts go to Arizona!

Her club coach is the new asst. at Arizona.