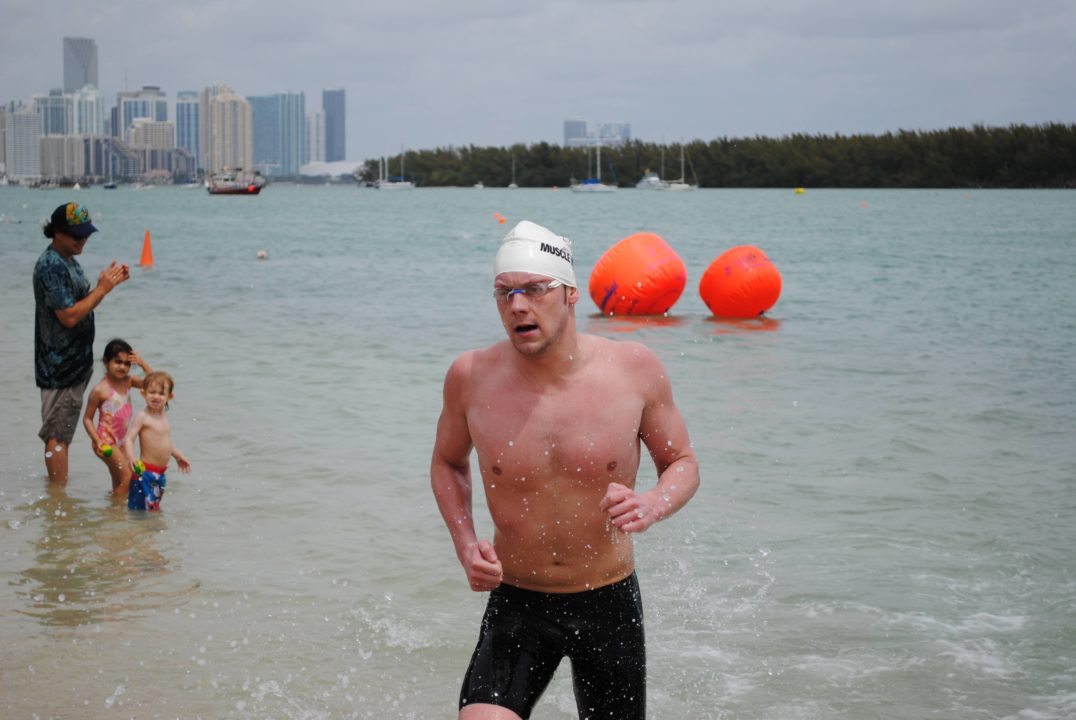 The Harvard swim teams, both the men’s and the women’s programs, are on a roll. Tim Murphy, the head coach of the men, has made sure that they’ve kept one of their greatest ever in the fold, as he has hired Alex Meyer as an assistant coach.

Meyer was an open water Olympian who represented the United States in London in 2012 in the 10km swim. That made him only the 6th Harvard swimmer to represent the U.S. in swimming at the Olympics, and the first since David Berkoff in 1992. Thanks to their success together, Murphy was brought along as the head coach of the U.S. Open Water team.

Though there’s no open water swimming in NCAA swimming, the 2010 graduate did big things in the pool as well. He earned All-American status as a senior by placing 14th in the 1,650 freestyle at the NCAA Championships; he also swept the 500, 1000, and 1650 at that year’s Ivy League Championships to earn the high-point award.

Meyer joins Kevin Tyrrell as assistants on the Harvard men’s team. He plans to continue training with the team toward the 2013 World Championships and beyond.

He has recently become a central figure in the lingering battle over the death of his good friend Fran Crippen, having been the most outspoken critic of recent attempts by FINA to make open water swimming safer. Crippen died during an open water race just over two years ago, with one of the leading causes believed to be the extreme temperatures of the event in the UAE.

Outstanding … best of luck to The Crimson!