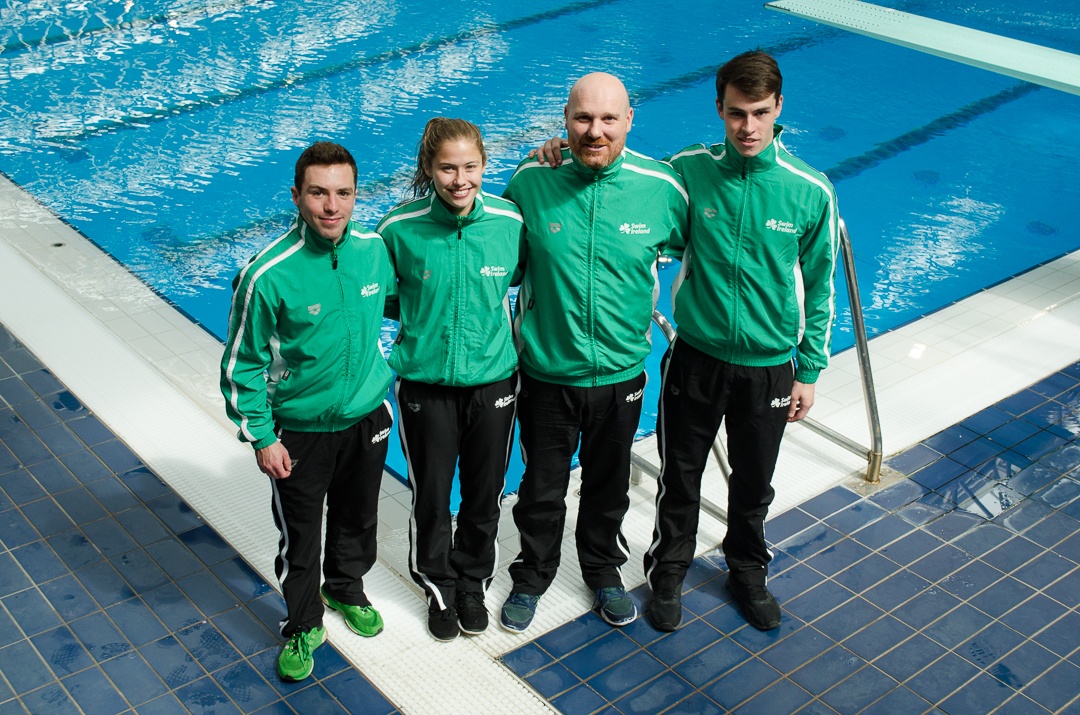 Oliver Dingley (left) and his coach Damian Ball (second-from-right) delivered on a promise in 2016 to return Irish diving to the Olympic Games. Archive photo via Swim Ireland

Diver Oliver Dingley and swimmer Ellen Keane have been named the 2016 Swim Ireland Athletes of the Year, the organization announced over the weekend. Swim Ireland is the governing body for all aquatic sports in Ireland.

Dingley became the first Irish diver in 68 years to qualify for the Olympic Games, and the first in history to final when he was 9th in the semi-finals of the 3 meter springboard, and then 8th in the final. Dingley, the country’s first international-caliber diver in a generation, won a Commonwealth Games bronze medal in 2014 while representing England, but has since changed his sporting citizenship to Irish.

Dingley’s performance builds momentum for the sport in Ireland. By way of his 8th-place finish on the 3-meter final, he qualifies to dive in the 2017 FINA Diving World Series, meaning that a diver will remain at least tangentially in the Irish consciousness for another year.

Keane, meanwhile, won her award after she completed her third Paralympic Games with a 100m breaststroke bronze medal in the SB8 classification – the first Paralympic medal of her career. She also finaled in the 100 back and 100 breaststroke.

The Swim Ireland Awards ceremony are usually held in May, where the previous year’s honorees are administered. In 2017, the event will be moved to November “to ensure (they) are in line with the swimming season.” These awards were given to 2016 athletes, who otherwise would’ve been bypassed as a result of the change in timing.

Watch a feature video on Ellen Keene below: