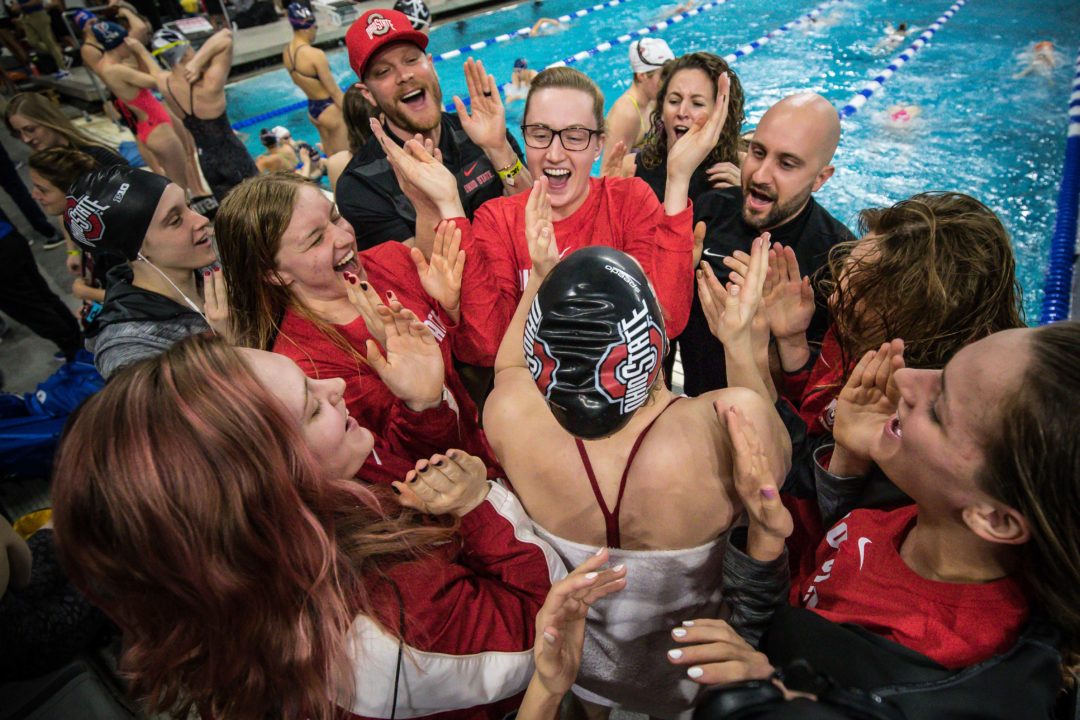 The Ohio State Buckeyes have released their meet schedule for the 2019-2020 season. The schedule looks very similar to Ohio States’ schedule last year, with only a few differences. In terms of differences in dual meets, the Buckeyes will not be competing against Florida or Alabama again this year. They have two mid-season meets on the schedule for this Fall: their own Ohio State Invite, which will be held November 21st-23rd, and the U.S. Open – December 4th-7th. Last year, the Ohio State Invite was attended by Stanford, Notre Dame, Kentucky, Yale, Pitt, Ohio University, West Virginia, Kenyon, and Toledo.

The Buckeyes are slated to host 7 meets this season (plus the intrasquand and alumni meets). In addition to the Ohio State Invite in November, this year they will again be hosting the Ohio State Winter Invite in February. OSU’s Winter Invite largely serves as a final tune-up before conference meets, and as a championship meet for those swimmers who aren’t on the conference meet roster for their teams. Ohio State will be hosting a Last Chance NCAA qualifying meet again this year, at the beginning of March.

Here are the 2019 NCAA finishes for Ohio State’s opponents this season: