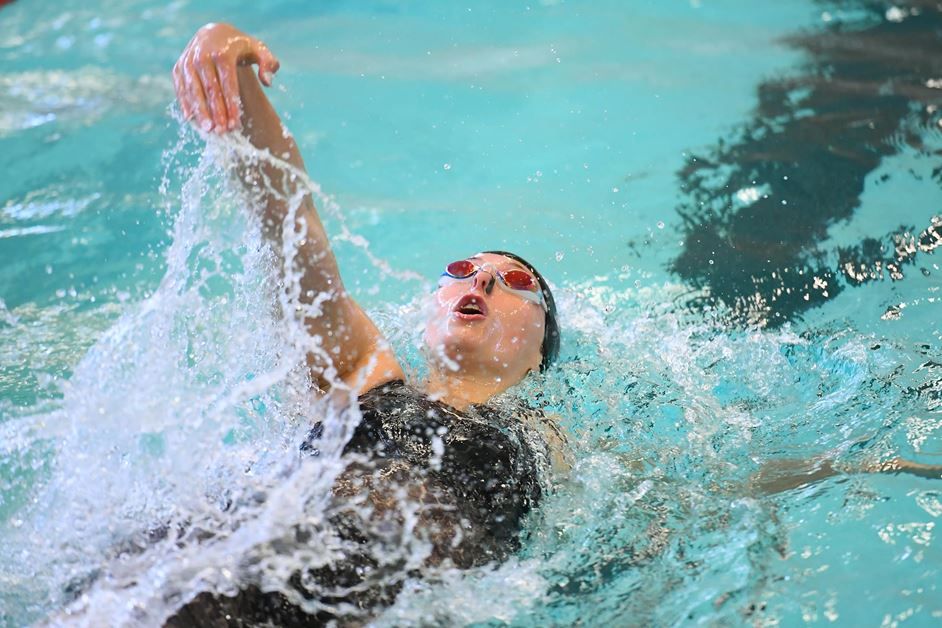 ODU’s first win of the night was in the men’s 4×100 medley relay, as Noah Wilkins, Peter Durisin, Oskar Iwarsson and Liam Redman won with a time of 3:28.44.

Freshman Liam Redman won his second race of the season with a 20.97 winning time in the 50 freestyle.

The final event of the night was the 4×50 freestyle relay, won by the men’s squad, while the women came in second by just .73 seconds.

Liam Redman, Russell Hronek, Ryan Lincicum and Noah Wilkins cruised to a win with a time of 1:23.88. The women’s team of Summer Miln, Mary Dunworth, Miranda Byrne and Laila Webb swam to a time of 137.73.

DAVIDSON — Wildcats accounted for 15 event wins against Old Dominion Friday night, as the Davidson women earned a 167-118 team win and the Davidson men finished even with 147 points.

“The women were great,” said Davidson coach John Young. “The divers staked them to a lead, and they didn’t let up. From the first relay through most of the individual events, the women were productive. A step forward from their last time out.”

“The men had some really gutsy performances, but I’m not sure they have fired on all cylinders yet,” said Young. “We did see some forward progress in many events, including really promising and tough swims for many of the underclassmen. We were in a position to win, thanks to the divers. It was fun for the meet to come down to the last relay.”

Up Next
The Wildcats will compete at the Richmond Duals Oct. 22-23.