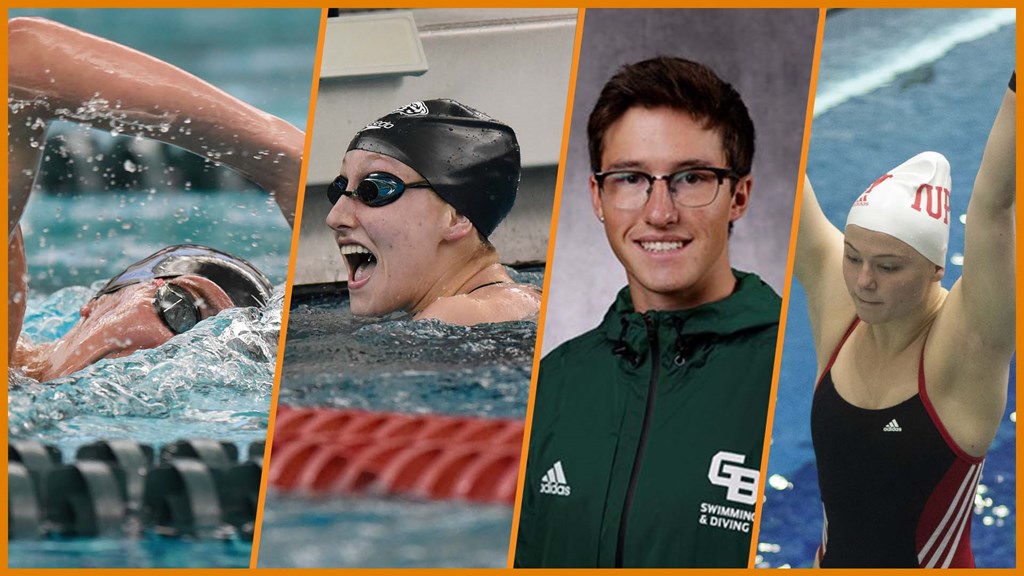 INDIANAPOLIS – Oakland’s Marko Khotynetski and Susan LaGrand earned Nike® #HLSD Swimmer of the Week. Khotynetski led the Golden Grizzles with four first place finishes, with two being individual victories. He set the league’s top time in the 100-yard backstroke with a time of 49.28. Susan LaGrand had a fantastic week finishing with six total first place finishes, and added a runner-up finish to her week. Green Bay’s Miles Rohrbaugh and IUPUI’s Sadie Smith earned Nike® #HLSD Diver of the Week. Rohrbaugh posted NCAA zone qualifying scores in the one-meter and three-meter dives, finishing with scores of 305.93 and 321.15 respectively. IUPUI’s Sadie Smith won both the one-meter and three-meter diving events, with scores of 280.13 in the one-meter and 295.20 in the three-meter dives.

MEN’S SWIMMER OF THE WEEK | MARKO KHOTYNETSKI | OAKLAND | JUNIOR | KYIV, UKRAINE.
Marko Khotynetski led the Oakland men’s swimming and diving program to a dual-meet victory against Xavier with four first place victories, including two in individual events. The junior raced to the Horizon League’s top time in the 100-yard backstroke (49.28), and to the meet’s top times in the 200-yard backstroke (1:49.02), 200-yard medley relay (1:30.02), and 400-yard freestyle relay (3:01.92). He swam the opening leg in the 200-medley relay and the second leg in the 400-medley relay.

MEN’S DIVER OF THE WEEK | MILES ROHRBAUGH | GREEN BAY | SENIOR | DULUTH, MINN.
Miles Rohrbaugh was a highlight for the Phoenix men, posting NCAA zone qualifying scores in one-meter and three-meter diving. Rohrbaugh racked up 305.93 points in the one-meter, and 321.15 in the three-meter.