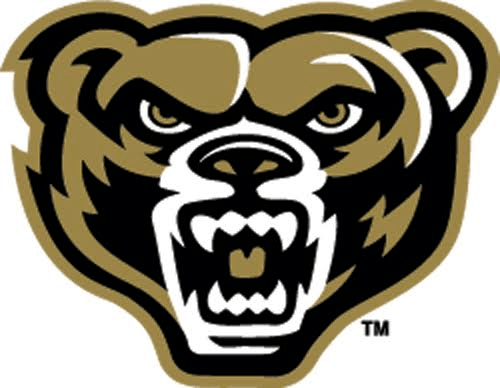 Oakland swimming and diving head coach Pete Hovland announced Tuesday the addition of nine student-athletes during the fall signing period. The men’s squad will add four to the 2017-18 campaign, while the women’s team will have five newcomers for next season.

“With the early signing coming to a close I am happy to report that my staff has done an outstanding job laying the ground work on what I expect to be an exceptional recruiting class come April,” said Hovland. “The nine signees are all exceptional talents both in the pool and classroom. They all come highly recommended and will begin to fill some of our graduation voids the moment they step on campus. As a staff, we are extremely excited about this group and know there is still a lot work to be done to finish the late signing period in April.”

Hovland on Aboelthana: “Tarek is a great signing for us. Though the breaststroke events are a strength for us, his addition will only make the group that much stronger and that much more competitive. Before he signed with us, under heavy training and unrested, he posted personal bests in both breaststroke events that would be top-eight finalist times from last year’s championships.”

Hovland on Aguilar: “Rudy’s profile characterizes what we look for in our student-athletes. He carries a 4.0 GPA and swims and trains at an extremely high level with one of the top club programs in the country. Rudy currently has times that would score top-16 at the league championships in almost every event. His impact in his individual events along with his participation in our relays will be immediate. Rudy is also close friends with a number of guys on our team therefore his transition into becoming a Golden Grizzly should be a smooth one.”

HIGHLIGHTS
• 2016 Canadian National Age Group Champion in 16-18 category in 100 free and 400 medley relay, bronze in 100 fly and 200 free
• Received the City of Edmonton Award of Excellence in 2015 for performances at Canadian Age Group Championships
• Competed with Canadian National Youth Team at Bermuda National Championships in 2016, earning the High Point Award
• Competed with Team Alberta at Mare Nostrum Tour in Europe in 2016
• Competed with Team Alberta at Western Canada Summer Games in 2015 and won medals in every race

Hovland on Flowers: “Mack, like Rudy, is an impact signing for us. He’s outstanding in the classroom, and he’s really starting to come into his own in the pool. Mack is the younger brother of one of our former swimmers so we’ve known of him for a while and we’ve been able to watch his development. Needless to say, we’re extremely excited with what Mack brings to our program. His current times in the sprint freestyles, backstroke and butterfly will all score top-eight at our championships. He also has the potential to fill some voids in all five of our relays. With another year to grow and develop we think Mack will play a major role once he steps on campus.”

Larry Albright on Smith: “Jordan will be a great addition to our team. He has a very natural ability and awareness in the air and we are very lucky to have signed this great athlete.  He will be a major contender in the Horizon League as a freshman. I’m looking forward to working with him and getting to know him.”

Hovland on Arnett: “Arielle comes from a great program and knows what hard work is. She’s outstanding in the classroom and she loves to practice. She will definitely add to a really strong group of young ladies both in our middle distance and distance freestyle groups. Her experience swimming the IM’s, fly and back will also be a tremendous asset to the overall depth our team and we’ll look to explore those events further once she gets here.”

HIGHLIGHTS
• Placed top-eight in the 200 and 500 free at the 2016 Division I State Meet
• 2016 All-State selection
• Member of back-to-back state championship teams in 2014 and 2015
• Honor Roll athlete all four years of high school
• Four-year letter winner under coach Ruth Ann Ahnen, serving one year as captain

Hovland on Held: “Maggie is another sub-five-minute 500 freestyler that will also score points for us in the 200 freestyle as well as the 200 butterfly and the 1,650 freestyle. She has a very positive outlook and attitude and she fit in with our current team members the moment she stepped on campus. She’s another outstanding student and likes to work hard. She’ll be an outstanding teammate and a strong contributor to our championship program.”

Highlights:
• 2015 Division III State Champion in the 100 free
• All-State in the 100 and 200 free and 400 free relay as a sophomore, junior and senior
• All-Conference four straight years
• Team MVP all four years

Hovland on Marsh: “Karlee is coming off a highly successful high school state meet where she finished third in both the 100 and 200 freestyle events. She also helped power two of her school’s relays to fifth place finishes. Karlee is no stranger to Oakland since she has participated in our summer swim camp program and we’ve been able to watch her grow and develop over the last couple of years. She also comes from the same high school that sent us Olympic Trials qualifier Rachel Waite. As a staff we believe Karlee is only going to get better and that she will play a major role in our success over the next four years.”

Hovland on McDowell: “As the defending Division I State Champion as a junior we knew Sydney had talent. What we didn’t know last year was just how much talent she had and how quickly it would show. Sydney was our top priority throughout the recruiting process based on her high school results but more importantly based on the evaluations and recommendations we received from her coaches throughout the year. Her split on her team’s 200 freestyle relay, along with her time in the 200 IM also showed a lot of improvement and promise. With a solid summer of work it’s quite possible Sydney could be competing for Horizon League titles in both breaststrokes as well as her NCAA cuts next season.”

Albright on Turchi: “Bernie is a hard-working athlete and has been training year-round with Legacy Diving, proving she is one of the best divers in Michigan. Bernie is a strong and graceful diver and I believe she will by one of the top divers in the Horizon League as a freshman.  I’m very excited that she has decided to become a Golden Grizzly.”