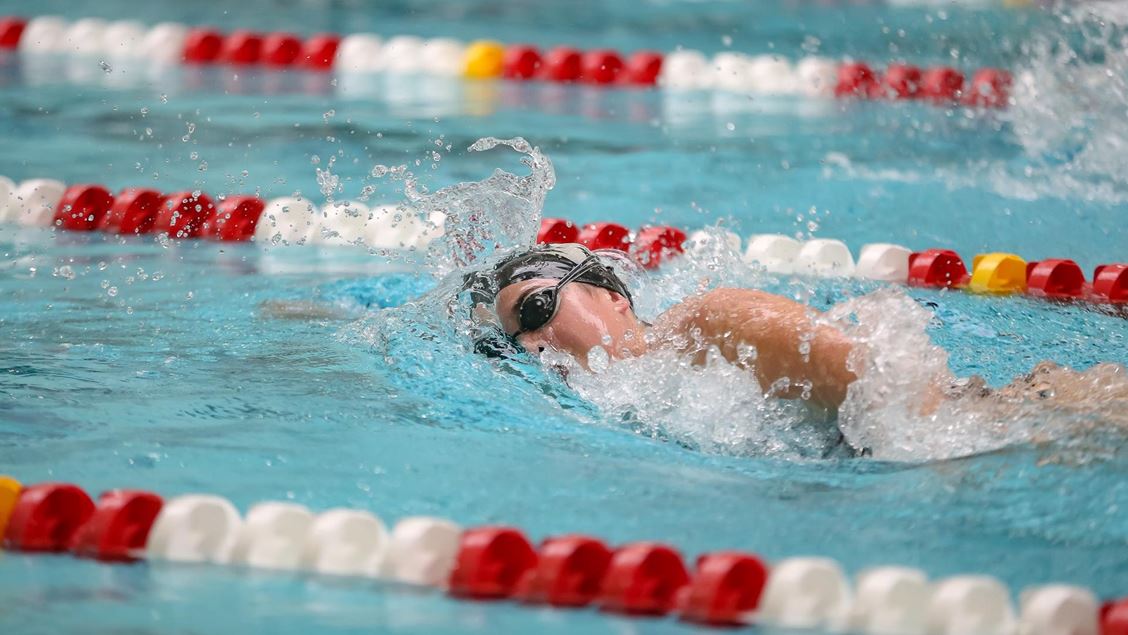 The Northeastern women overcame a five-point deficit vs. New Hampshire, with a winning effort in the 400 freestyle relay, clinching a 152-148 victory. Current photo via Jim Pierce, Northeastern Athletics

Clark championed the 50, 100 and 200 freestyle events for the Huskies. The NU senior narrowly defeated the Wildcats’ Anna Metzler in the 200 freestyle by 0.08 seconds before achieving the only sub-24 second time in the 50 freestyle (23.47).

Spear finished runner-up to Clark in the 50 and 100 freestyle events, helping the Huskies elevate their team scoring. Kelly Cheng also won a neck-and-neck battle with New Hampshire’s Paige Hillis to claim victory in the 100 butterfly (58.57) by less than 0.4 seconds.

UP NEXT
• Northeastern will host Boston University during a dual meet on Thursday, Nov. 7, at Barletta Natatorium (6:30 p.m.).

DURHAM, N.H. – The Wildcats won eight of the 16 events as the meet went down to the final relay but Northeastern was able to edge out the University of New Hampshire swimming and diving team, 152-148, in a thriller on Saturday at Swasey Pool. The Wildcats fall to to 2-1 on the season, while the Huskies are now 2-2. UNH has won 38 of the 48 events over the first three meets.

The Wildcats return to action on Nov. 22-24, when they compete at the Terrier Invitational at Boston University.