No. 6 Cal Women Notch Convincing Win Over No. 4 ASU 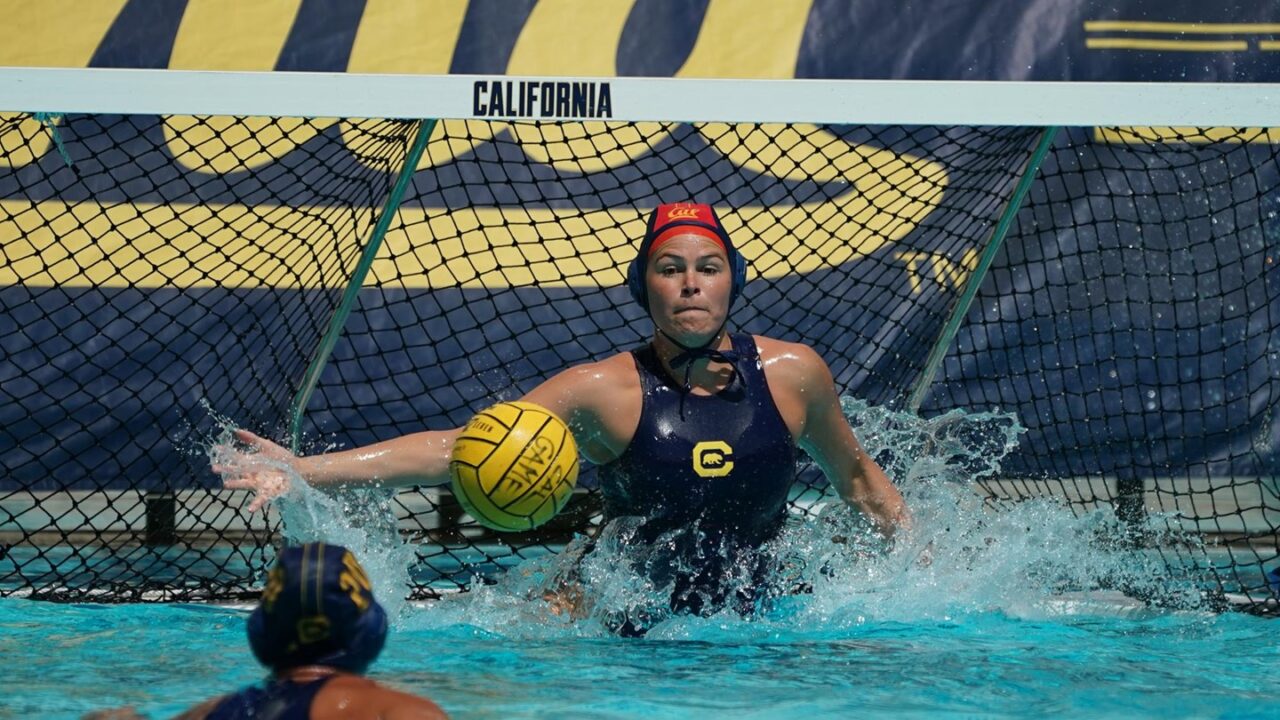 BERKELEY – The Cal women’s water polo team scored four straight goals in the third period to pull away and the Golden Bears’ defense put the clamps down on Arizona State’s high-powered offense in a pivotal 12-7 MPSF victory Saturday afternoon at Spieker Aquatics Complex.

But Cal’s defense, anchored by another fabulous performance goalie Cassidy Ball, did a number of the Sun Devils’ offense again, holding them without a goal for another 9:42 while opening up a 10-4 lead.

“Sometimes you can feel like you are rolling and the other team makes adjustments, but we were able to put our stamp on the game consistently on the defensive end of the pool,” Cal head coach Coralie Simmons said. “I think overall everyone stepped into their flow a little better. The lights are starting to go on with more time together and we are finding that chemistry. That’s making it easier to capture our abilities on both ends of the pool.”

Ball made eight saves, many of them against high-percentage scoring chances. She was a big reason why the Bears were able to hold ASU well below its scoring average of 11. 5 goals per game.

“Her preparedness for this game this week was great,” Simmons said. “She was excited to play a team that has some rock star shooters, and obviously it showed. And the team is also doing a better job defensively and that’s putting less pressure on her.”

Cal continues to be bolstered by its freshman class, with Maryn Dempsey registering two goals, an assist and a steal, Mallory Reynoso adding a goal and a steal and Maddie DeMattia scoring an impressive goal off a rebound.

“I think today in particular showed how much they can have an effect on the way we play,” Simmons said. “They are getting comfortable with that feeling. They are not freshmen anymore. They are now teammates and their contributions are huge. That confidence is definitely going to help push us into the rest of the season.”

Saturday’s game was Cal’s fifth in a row against a team ranked in the top-4 nationally. The Bears’ first four conference games came against No. 1 USC and No. 2 UCLA. This weekend’s games are crucial for conference and postseason positioning.

“If we play the best we can, we can beat every team in the nation,” Simmons said. “(ASU) is going to come back and make adjustments, so if we play the same game tomorrow, we are probably going to be in trouble. We need to make our adjustments, too.”