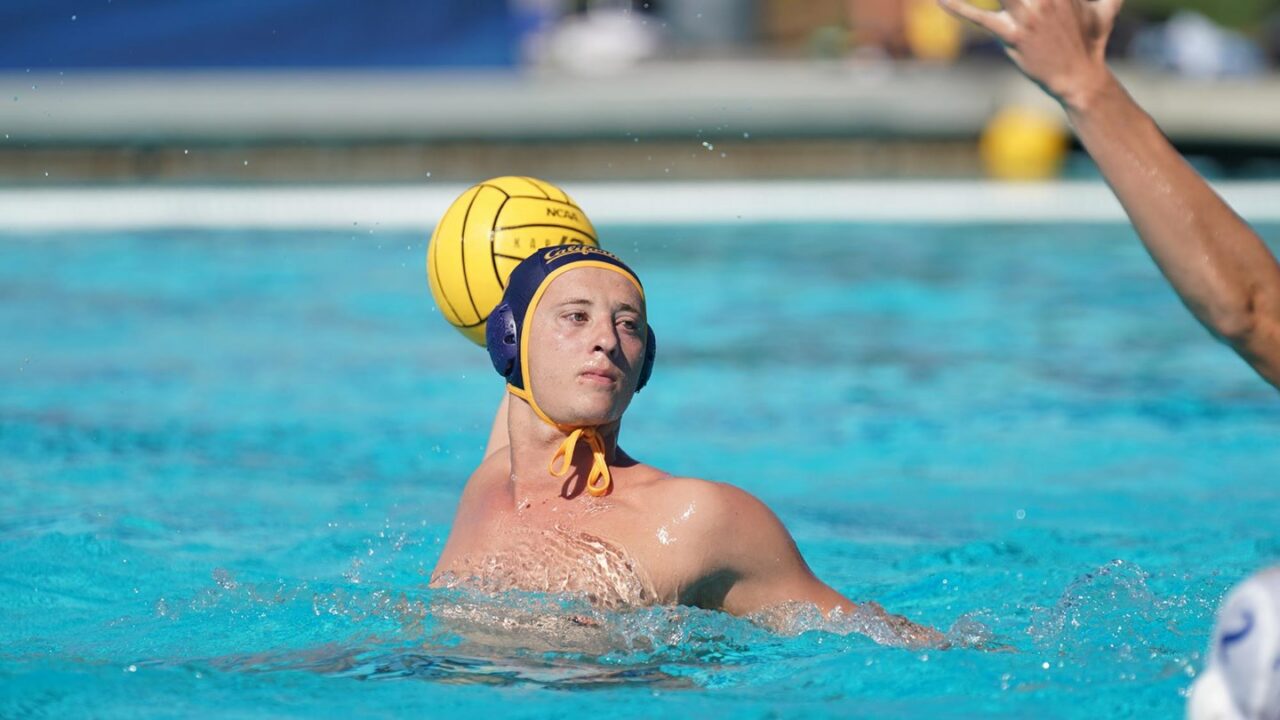 Adrian Weinberg made a career-high 20 saves and Nikos Delagrammatikas recorded a hat trick as the No. 5 Cal men's water polo team knocked off No. 1 USC 7-6. Archive photo via Catharyn Hayne

LOS ANGELES – Junior Adrian Weinberg made a career-high 20 saves and All-American Nikos Delagrammatikas recorded a hat trick as the No. 5 Cal men’s water polo team knocked off No. 1 USC 7-6 on Saturday in the MPSF opener for both schools.

It marks the second time this season Cal has defeated the nation’s No. 1 team. The Bears beat then-No. 1 UCLA in the semifinals of the MPSF Invitational on Sept. 25.

Senior Jack Deely handed out two assists to increase his MPSF-leading total to 35 for the season. Deely also leads the conference with 70 points.

All-American center Nikolaos Papanikolaou earned seven exclusions, including a pair of penalties. Senior Marko Valevic scored on a penalty shot with 3:58 to go that put Cal up 7-5.

The Bears fell behind 4-3 with 1:33 left in the third quarter but Delagrammatikas answered immediately with his third goal of the game to tie it back up at 4-4. Senior Miles O’Brien-Schridde then scored with 35 seconds left in the period to put Cal in front.

After the Trojans briefly tied it back up early in the fourth, freshman Max Casabella netted a power play goal with just under five minutes remaining to put the Bears back in the lead for good. Valecic’s penalty shot gave Cal some cushion, and it was needed when USC cut it to 7-6 with 1:07 to play.

USC went a man up with 14 seconds left but a final shot was blocked by Papanikolaou and time ran out.

The Bears return to play next Sunday, Oct. 17, when they host fourth-ranked UC Santa Barbara at Spieker Aquatics Complex.