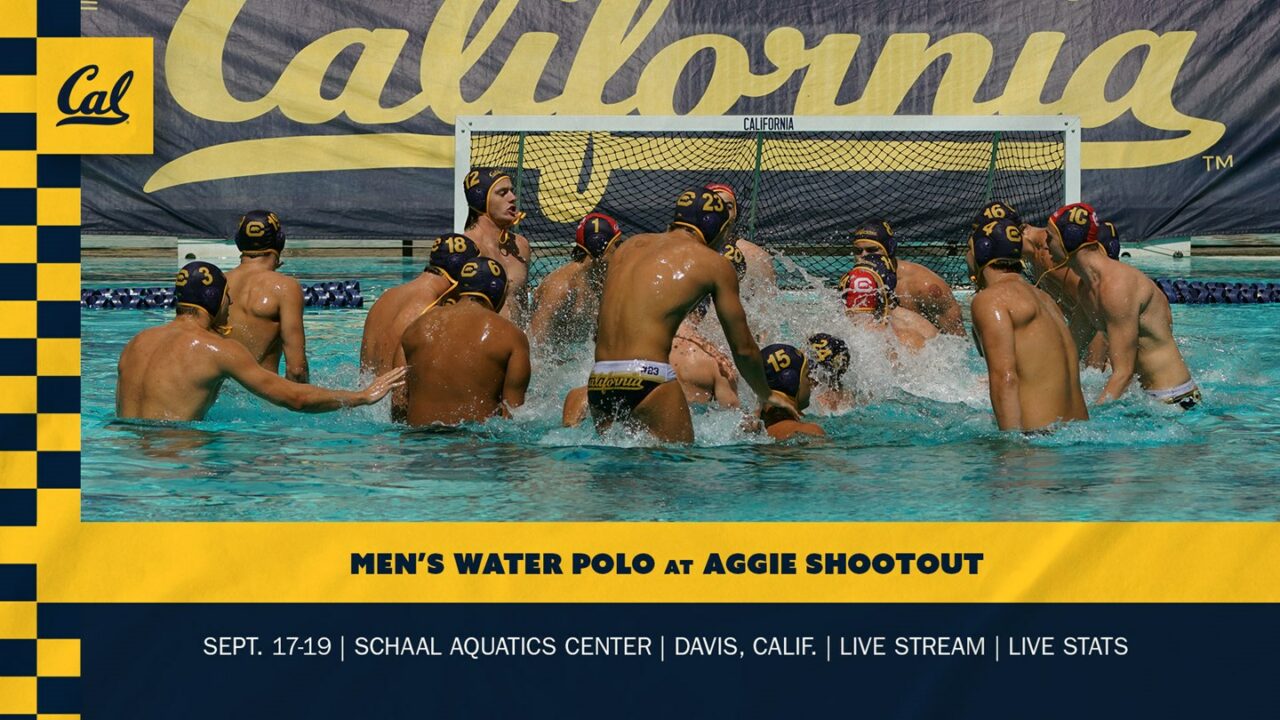 The Bears are coming off an impressive pair of wins last weekend, knocking off both No. 7 Pacific and No. 11 San Jose State by lopsided margins. Current photo via Catharyn Hayne/klcfotos/Cal Athletics

The No. 4 Cal men’s water polo team brings an unblemished record into this weekend’s Aggie Shootout at the Schaal Aquatics Center. The Bears are coming off an impressive pair of wins last weekend, knocking off both No. 7 Pacific and No. 11 San Jose State by lopsided margins. Cal will play both the Tigers and Spartans again this weekend, as well as No. 19 Cal Baptist and No. 8 UC Davis. The Bears have been led so far by senior Jack Deely, the reigning MPSF Player of the Week, who leads the conference with 29 points. Junior Nikolaos Papinikolaou, the defending MPSF Player of the Year, paces the conference with 21 goals.

EVERIST NEARS MILESTONE
Cal head coach Kirk Everist enters the Aggie shootout with a career record of 397-123, putting him just three wins shy of the 400-win mark. If the Bears were to continue their unbeaten run this weekend, Everist would reach the milestone against No. 11 San Jose State on Saturday afternoon. Any combination of three victories in Davis will get him there. Now in his 20th season at the helm, Everist was named the MPSF Coach of the Year last season for the second time in his career and has led the Bears to three NCAA titles, most recently in 2016. Everist was a three-time All-American as a player for Cal and went on to play for Team USA twice in the Summer Olympics.

HERE’S THE DEEL-Y
Senior Jack Deely is off to a terrific start to the season and is the reigning MPSF Player of the Week. Deely paces the MPSF with 29 points is tied for the conference lead with 13 assists. He’s also tied for third in the MPSF with 16 goals. Deely had six goals and two assists in last weekend’s victory over No. 7 Pacific and added four assists and a goal in a victory over No. 11 San Jose State.

REINFORCEMENTS RETURN
Already off to a strong start to the season, the Bears got even stronger last weekend with the return of goalie Adrian Weinberg, center George Avakian and attacker Sam Untrecht. The trio missed the first four games of the season while competing with Team USA at the FINA Junior World Championships in Prague, Czech Republic. Weinberg, an All-MPSF Second Team selection last season, started both games last weekend and recorded 23 saves. Freshmen Roberto Valera and Max Casabella, who also missed the opening weekend playing for Spain at Junior Worlds, are expected to make their Cal debuts this weekend.

EXTRA MILES
Senior Miles O’Brien-Schridde has been a fine distributor so far this season, tying with teammate Jack Deely for the MPSF lead with 13 assists. His five assists in a win over No. 17 Bucknell earlier this month are the most in a single game by an MPSF player so far this year. O’Brien-Schridde also has 13 goals to give him 26 points, ranking him second in the conference in that category behind Deely.

CAL TO HOST MPSF INVITATIONAL
After this weekend, the Bears will return home to host the three-day, 14-team MPSF Invitational at both Spieker Aquatics Complex and Legends Aquatic Center. All 14 teams are ranked in this week’s CWPA top-20, including the entire top-10. The Bears open the tournament against No. 16 Pomona Pitzer on Friday at 4:40 p.m. Live stats will be available for all games during the tournament, and Cal’s games will be live streamed.

ABOUT NO. 19 CAL BAPTIST
• Lancers have suffered narrow losses to No. 1 UCLA and No. 5 Pepperdine
• CBU is coming off a 13-12 win over No. 16 Fordham at the Princeton Tournament
• Goalie Tristan Felberg is averaging 10.1 saves per game

ABOUT NO. 11 SAN JOSE STATE
• One of the Spartans’ two wins came over No. 15 Santa Clara
• SJSU set a school single-game scoring record in a 28-7 win over Fresno Pacific
• GK Yahav Fire is a two-time ACWPC All-American Honorable Mention

ABOUT NO. 7 PACIFIC
• UOP hasn’t played since its 13-6 loss to Cal last Saturday
• Tigers pushed No. 3 Stanford to overtime before losing on Sept. 4
• Two of Pacific’s first four games have gone into overtime