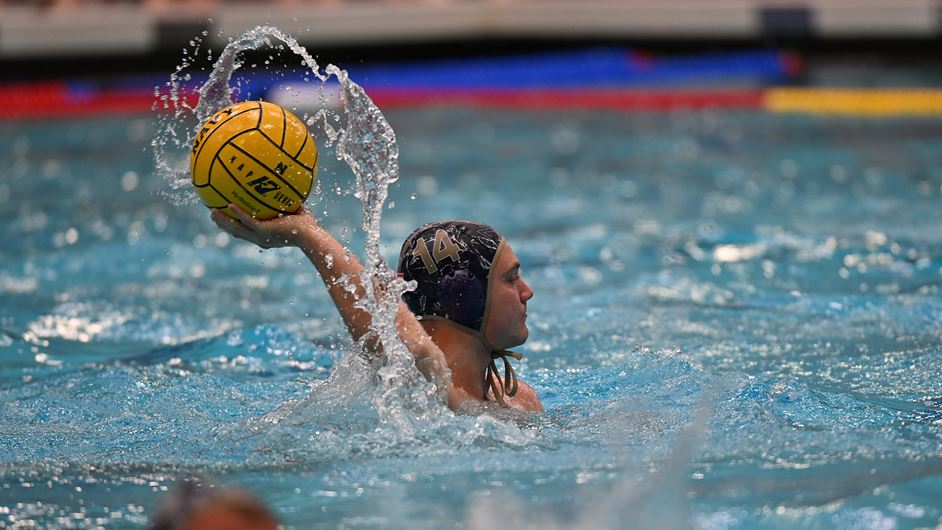 “We played well tonight,” head coach Luis Nicolao said. “We were able to get a lot of people into the game and each one stepped up and contributed. We had a dozen people score goals with a handful of them scoring multiple goals. The three goalies we used tonight all came up big and held a pretty good offense to just six goals. We are not quite where we want to be, but we are definitely improving and moving in the right direction.”

Defensively, the Midshipmen used a trio of goalies. The keepers combined to hold the Mountaineer offense to six goals on the night, half of their season average of 11.7 goals per game. Caden Capobianco (Laguna Beach, Calif.) opened the game for the Mids, working the first half. The sophomore registered five stops with a pair of steals, surrendering four goals. Max Sandberg (Newport Beach, Calif.) worked a majority of the second half. The senior finished with five stops with just two goals allowed. Owen Gurich (Long Beach, Calif.) closed out the game, posting a clean scorecard.

Mount St. Mary’s was the first team to score, slipping one past the Navy keeper. The Mids responded with four straight goals to close out the quarter and take a lead they would not relinquish. Payton Comstock (Clarendon Hills, Ill.) put Navy on the scoreboard, knotting the score at 1-1. Pang followed with back-to-back scores, including converting a five-meter opportunity to give the Mids the lead. Lindner found the back of the net for his first goal to put the home team in front 4-1 through one quarter.

The second quarter started with a goal by the Mount to trim the lead to two. Altmayer responded with his first goal of the game, but the Mountaineer countered with a goal to trim the margin back to a pair. Salinas and Nathan Duchez (San Jose, Calif.) each found the back of the net to push the advantage to four. Mount St. Mary’s scored its fourth goal of the half to cut the lead to 7-4, but Salinas’ second score of the quarter gave Navy a four-goal edge heading into intermission.

The second half started with the Mount opening the scoring. Salinas completed his hat trick to extend the advantage back to four goals. Following a five-meter goal by the Mountaineers, the Midshipmen closed out the game with a 9-0 run. McKechnie opened the run with back-to-back goals, giving the freshman his first multi-goal game of his career. Lindner closed out the third quarter with his second score of the evening.

The run continued in the fourth quarter as six different Mids found the back of the net in the final frame. Spencer Shelley (Grapevine, Texas) started the quarter with a goal and Altmayer followed with his second score of the night. Kyle Yelensky (Stamford, Conn.) pushed the advantage to nine and Sean O’Boyle (Steilacoom, Wash.), who was playing in his first collegiate game, gave Navy a double-digit lead with his first collegiate goal. Tiernan Brunner (Timonium, Md.) continued the offensive onslaught with a goal and Liam McInerney (Annapolis, Md.) closed out the game with his first collegiate goal, providing the final margin of 18-6.

Navy will play host to conference foe George Washington on Friday, Oct. 29 at Scott Natatorium. The game is slated for 7:00 p.m. NOTE: This game was originally scheduled to be played in Washington, D.C., but was moved to Annapolis.