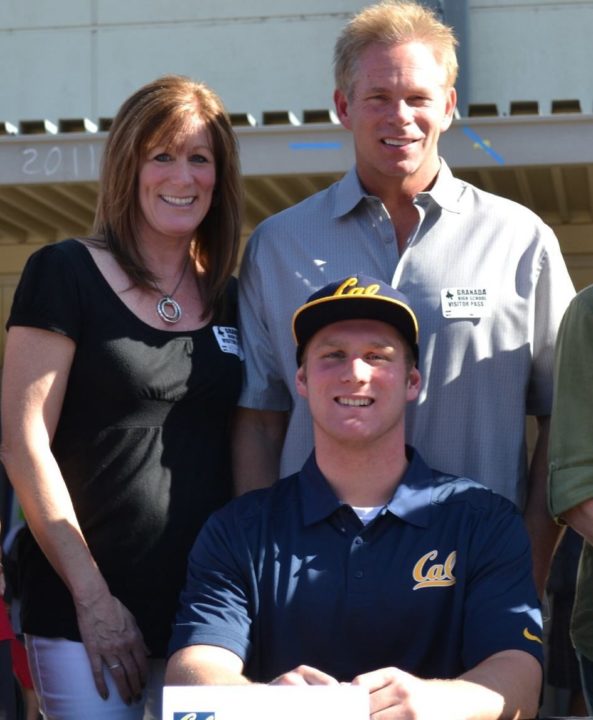 Nicholas Silverthorn poses at signing day at Grenada High School with his parents.

Kyle Coan and Nick Silverthorn wasted no time making it official: the lethal middle-distance duo have both signed their National Letters of Intent to swim for the Cal Golden Bears.

Below, Kyle Coan, the defending CIF Southern Section Division II Champion in the 100 fly and the 200 free, has been 48.66 and 1:35.69 in those two races at his best. Read more about his commitment here.