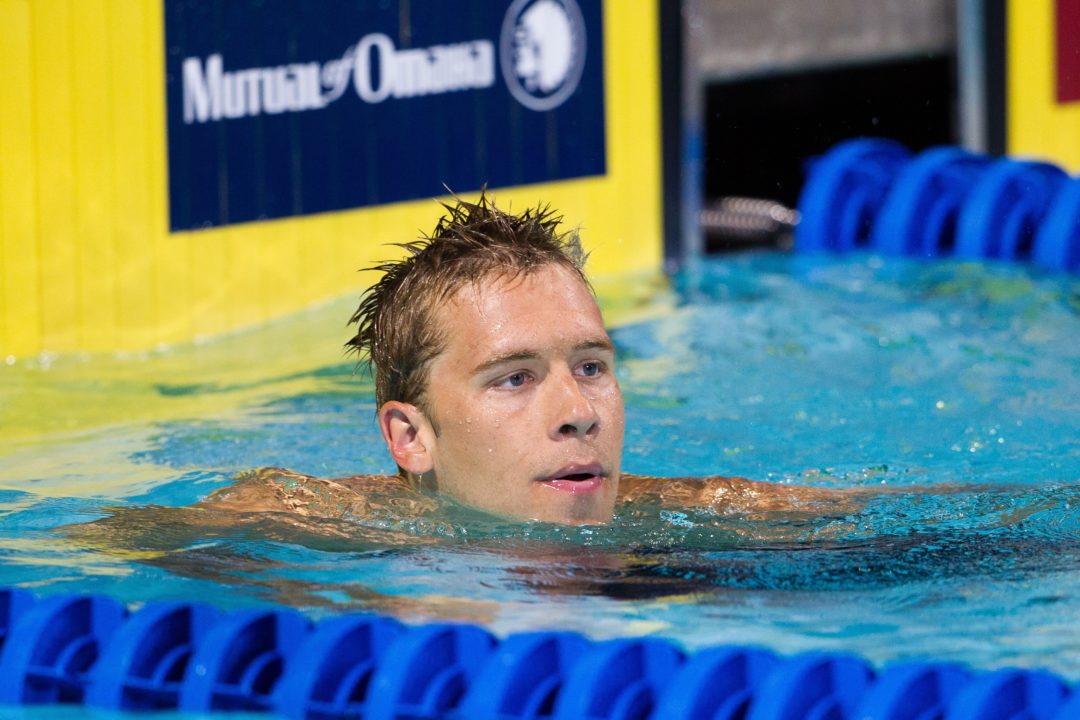 Olympic silver medalist Nick Thoman has officially made the move to his new training home this week.  The 28-year-old had... Archive photo via Tim Binning/TheSwimPictures.com

Olympic silver medalist Nick Thoman has officially made the move to his new training home this week.  The 28-year-old had previously been training with SwimMAC Elite in Charlotte, NC under Coach David Marsh, but recently announced he has joined Tucson Ford Aquatics in Tucson, Arizona.

It seems Thoman’s training path has come full circle, as he was an All-American at the University of Arizona before he moved to to Charlotte in 2009.  Thoman won a silver medal in the men’s 100m backstroke at the London 2012 Olympics and followed that up by winning the 100y backstroke at the 2013 Winter Nationals before then earning a spot on the 2014 Pan Pacific roster.

Thoman did suffer a setback in the form of a dislocated shoulder right before last year’s then-called Orlando Grand Prix, but has since seemed to be on the mend, placing third and second in the 100m backstroke and 50m backstroke events, respectively, at 2014 Summer Nationals.

Tucson Ford Aquatics named Paul Stafford as its head coach in September of last year after John Fergussen resigned back in August.  Tucson is one of the top organizations in Arizona and boasts a strong pro contingent, including Olympian and Thoman-rival, American Matt Grevers, who earned the gold in that same race in London. The University of Arizona coaching staff, specifically head coach Rick DeMont, has been known to work with the pros within the club as well, giving Thoman an arsenal of resources to tap into on his road to Rio.

I think this will be a good move for him, especially now that he has Grevers as a training partner.

Vote Up00Vote Down Reply
Not Glenny

He and Grevers hate each other…..

Vote Up00Vote Down Reply
Not Glenny

He and Grevers hate each other…..

I assume, since I haven’t won an OLYMPIC MEDAL, that the moment of triumph and going 1-2 for USA and trump any ill-will towards each other. That is under the assumption that they do not like each other. However, you do not have to like each other to work with each other. As long as the relationship is professional, they will be fine. Besides, MG is tall enough to drive Thoman into the ground like a railroad spike.