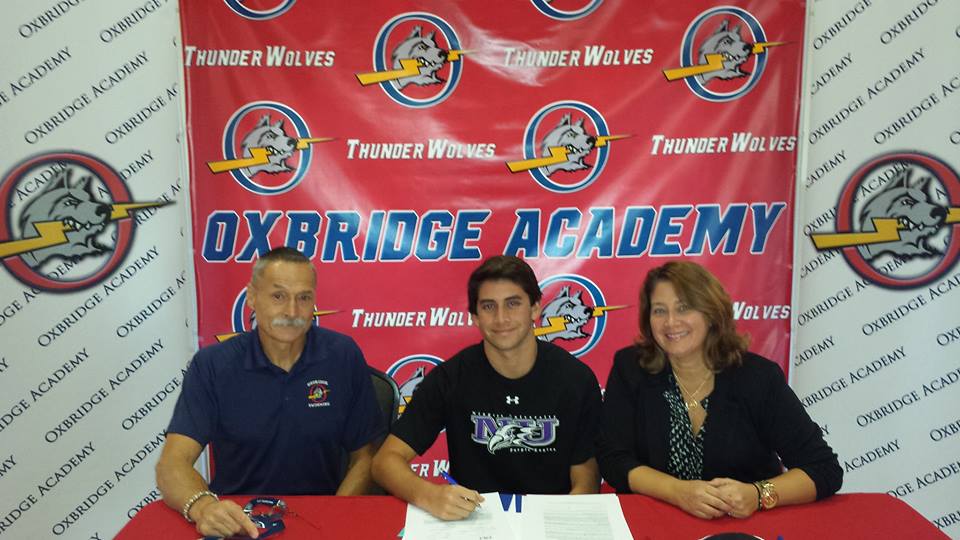 Andreas Rintel, shown here with his mother Sandra Montero and his coach Dave Prutow, has committed to the Niagara University Purple Eagles.

Andreas Rintel, a senior at Oxbridge Academy of the Palm Beaches, has committed to swim at Niagara University beginning in 2015-16.

Rintel will add strength to the Purple Eagles’ breast/IM group. His 200 IM would have been right on the A/B-final bubble at 2014 MAAC Championships, an event where Niagara could have used a few more points. His 400 IM and 200 breast would have been B-final-worthy. Since Niagara’s only 2014 breaststroke scorers have graduated, this is an area the Purple Eagles needed to address. Rintel will join current freshman Edgar Melchor, who should prove to be an excellent training partner.

Congrats to you and mom, happy to see a former Lake Lytal Lightning swimmer moving on to the next level.