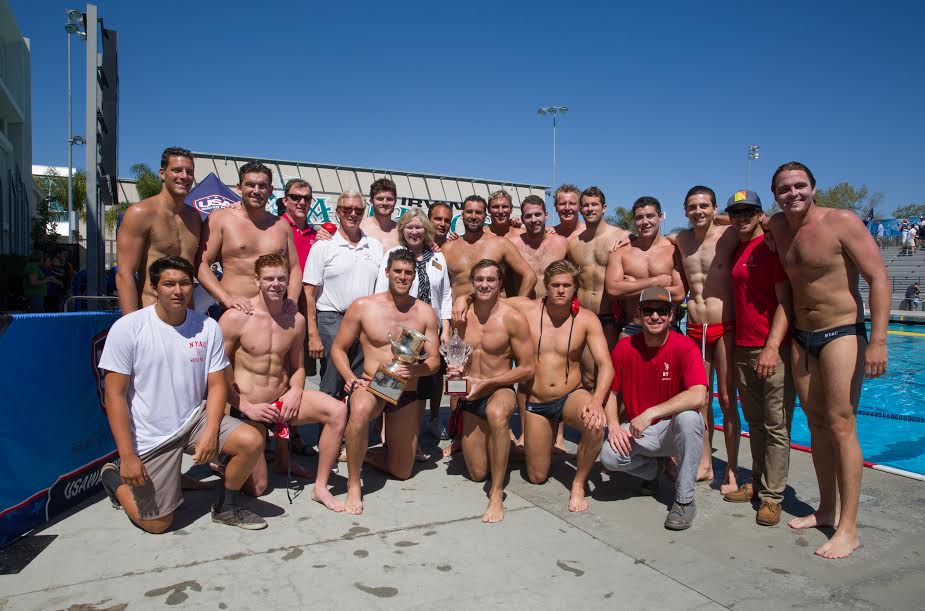 Despite entering the 2017 National League playoffs as the three seed, the New York Athletic Club was able to repeat as champions after defeating top-seeded and undefeated Olympic Club 11-9 in the championship final. New York’s Josh Samuels earned MVP honors with a two goal effort but it was Chancellor Ramirez who paced the New York attack early tallying four goals on the day. Goalie Merrill Moses posted nine saves in net while his counterpart Lazar Andric tallied eight saves on the way to top goalkeeper honors.

A high scoring first quarter that saw the two teams tied at three after eight minutes gave way to a defensive battle in the second as New York inched ahead 5-3 at halftime. Olympic Club surged to within one goal twice in the third quarter. First on a goal from scoring champion Paul Reynolds (26 goals) at the 2:56 mark and then again on a Zac Monsees goal with 12 seconds to play in the quarter leaving New York ahead 8-7.

The Olympic Club made a final push late as former National Team teammates Brian Alexander and Ryan Bailey found the back of the net to draw their team within one at 10-9. It was fitting that another one of their teammates, John Mann — who was playing for New York, returned fire with a goal from two meters to put New York in front 11-9 en route to the win.

In the third place game it was USA University defeating Alumni 8-6 behind a balanced scoring effort and split goalkeeping duties between McQuin Baron and Drew Holland. In fifth place USA Junior rode two goals from top newcomer Ege Colak to outduel LA Athletic Club and three goals from Ryder Roberts by a final score of 9-7. In seventh place it was Cameron Wright’s hat trick that helped USA Collegiate to their first win of the weekend defeating USA Academy 10-4.