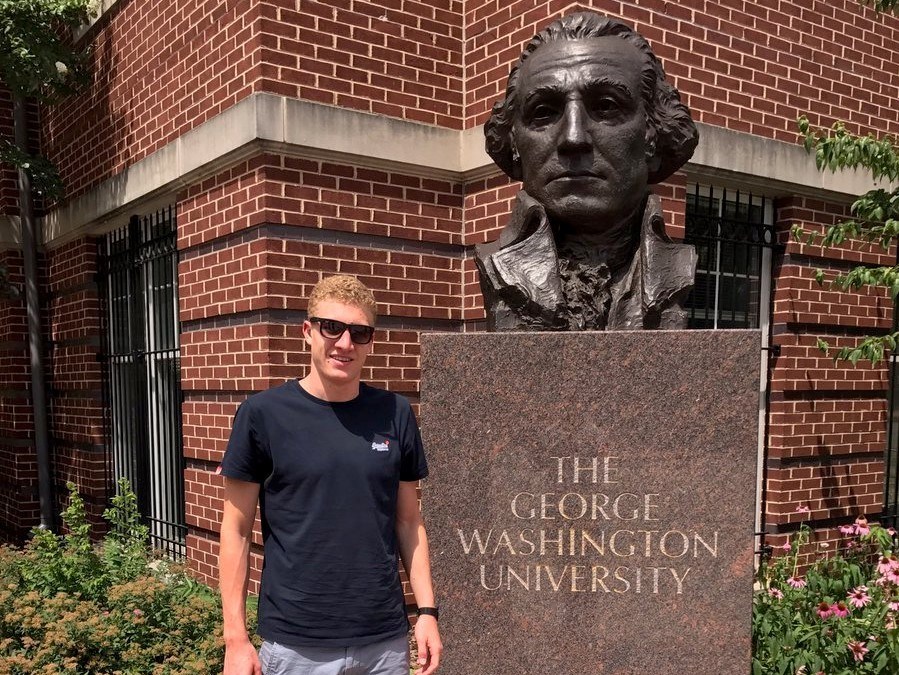 North Baltimore Aquatic Club’s Dylan Arzoni‏ has announced on social media that he verbally committed to swim for the George Washington University class of 2022. Current photo via Dylan Arzoni (Twitter)

North Baltimore Aquatic Club’s Dylan Arzoni‏ has announced on social media that he verbally committed to swim for the George Washington University class of 2022.

Arzoni moved to Baltimore from England in 2013. A nine-time medalist at British Age Group Nationals, he swam for Stockport Metro Swimming Club. Since arriving in the U.S. he has been homeschooled while training at NBAC. Arzoni has developed into a multi-faceted talent, equally competent in free, fly, back, and IM. He competed in the 100 free, 200 free, and 200 IM at Summer Junior Nationals this past August. Last spring he raced at the Dolfin ISCA Junior Championship Cup, where in addition to swimming on a number of NBAC relays, he was an A finalist in the 200 IM and a B finalist in the 100 free, 200 free, 500 free, and 100 IM.

Arzoni’s best 200 free would have scored in the A final at the 2017 Atlantic-10 Conference Championships, while his 200 IM would have made the B final, and his 500 free would have been on the bubble (there are only A and B finals in the A-10).