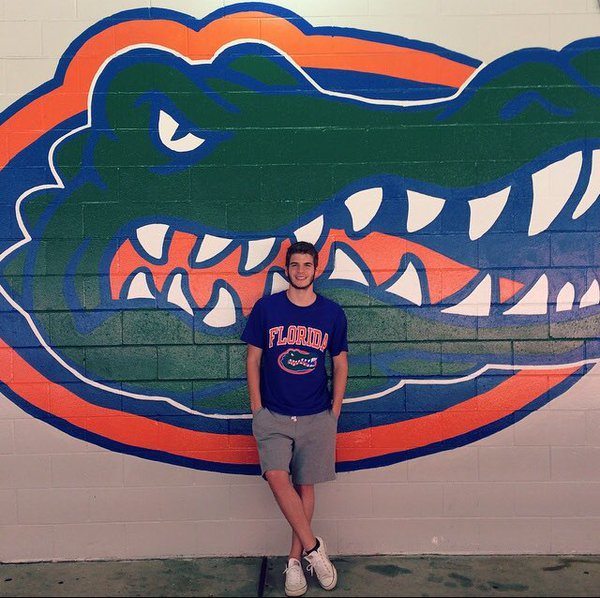 Nazareno Boscaino, who trains a few hours south of campus at Clearwater Aquatic Team, will join the University of Florida next fall. Boscaino is one of the best distance recruits in his class, where his 1650 times puts his just a few seconds away from what it took to qualify for NCAAs in 2015:

Boscaino was well under qualifying times in both the 400 and 1500 freestyle this past summer for the 2016 Olympic trials. Boscaino’s 500 freestyle would have put him in the C-Final in the cutthroat SEC conference, while his 1650 would have given him a 11th place finish. Florida had two of the top three finishers in the 1650 last year and return both, senior Arthur Frayler and junior Mitch D’Arrigo.

Boscaino is certainly no stranger to elite competition: he finished 6th at the 2014 Winter Nationals in the 1650. He also qualified for the C-Final at the 2015 Summer Nationals. Many of his best times come from racing close to home in NASA Junior National competitions. Boscaino was Florida 4A state champion in the 500 freestyle for Sickles High School in 2014.

Florida has traditionally been one of the best distance programs in the country under head coach Gregg Troy. Keeping one of the state’s best swimmers close to home will certainly help continue that success. Boscaino will have the chance to contribute right away for Florida while also having several swimmers ahead of him in all of his events to try and catch. He will also have a familiar teammate with nearly identical ability in Sarasota’s Drew Clark, who committed earlier this fall.