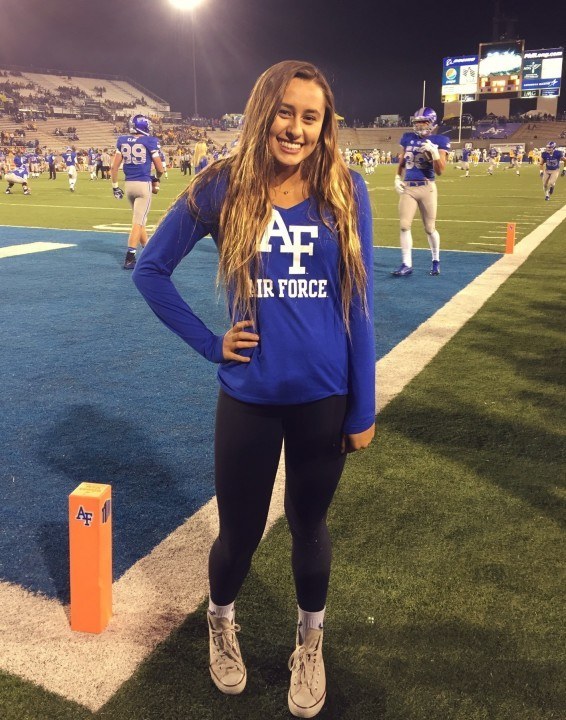 The Air Force women finished 6th at last year’s Mountain West Conference Championships on the strength largely of their distance freestyle program. They had the conference’s two best 500 and 1650 yard freestylers, led by sophomore Genevieve Miller, who wound up qualifying for NCAA’s.

The team’s sprint group, however, wasn’t at that same level, and that’s an area where the Falcons need to make improvements if they want to climb ranks within the conference. Their 400 free relay placed 7th at the Mountain West Championships, albeit with three underclassmen.

The team is still looking for a ‘primary sprinter.’ They didn’t have an individual place higher than 20th in the 50 free or higher than 23rd in the 100 free at their conference meet.

When Jorgenson arrives on campus, she’ll show up just as that now-young relay is hitting their junior and senior years. She dropped a second-and-a-half in the 100 free during just her junior year alone, which is a rarity for female swimmers of this level, and if she does anything close to that as a senior, she’s got the ability to push the Air Force program into the next tier within the conference.