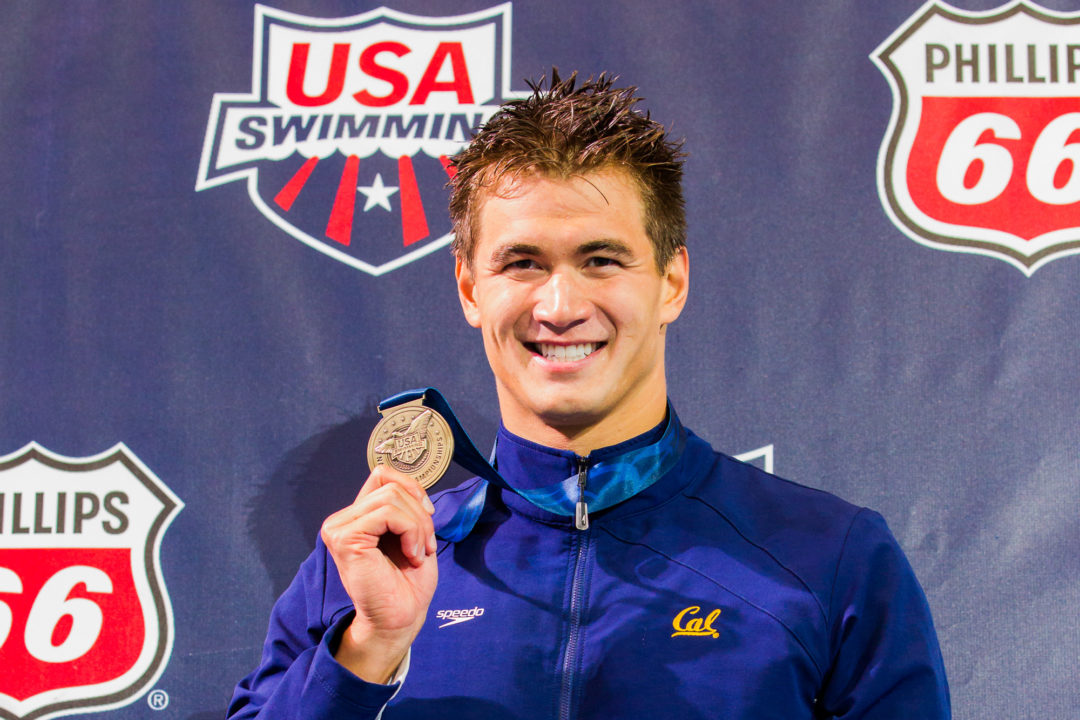 Olympic gold medalist Nathan Adrian has been inducted into the Asian Hall of Fame, which is designed to honor Americans of Asian and Pacific decent. Archive photo via Tim Binning/TheSwimPictures.com

2012 Olympic Champion Nathan Adrian has been inducted into the Robert Chinn Foundation’s Asian Hall of Fame class of 2014.

The Asian Hall of Fame was founded in 2004 to “honor achievement, inspire the next generation, and build the national community of Asian Pacific Americans.”

“I am thrilled to be honored by the Asian Hall of Fame,” Adrian said Friday. “It has always been important to me to remember both sides of my cultural heritage and hopefully inspire young individuals to be the best at whatever it is they choose to do.”

Adrian is a native of Bremerton, Washington, near the Hall of Fame’s location in Seattle; his mother is of Chinese decent and was raised in Hong Kong.

He will be present at the May 14th Ceremony at the Fairmont Olympic (fittingly enough) Hotel in Seattle, where he will be one of four Asian Americans honored.

Along with him will be:

That’s pretty cool. And anything Battlestar Galactica is fun to geek on(well, the tv show, and L. Ron’s “space opera,” not the Travolta monstrosity). But I hope Nathan doesn’t ask Manu if he has any nephews…it might be a touchy subject. In fact, I wouldn’t blame Manu if he just up and fabricated a new nephew altogether.