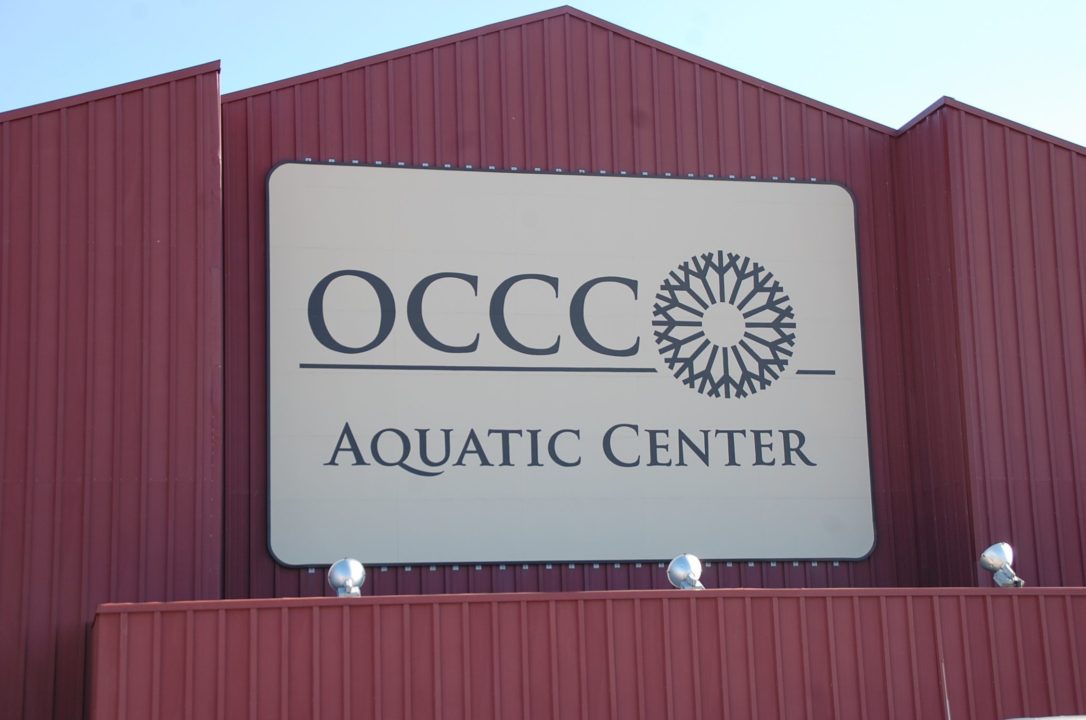 The NAIA National Championships rolled into day 2 on Friday at the OCCC (Photo Courtesy: Anne Lepeasant)

Day Two of the NAIA National Championships saw some fast morning swims, including a meet record!

On the women’s side, Oklahoma Baptist continues to lead the pack, with 14 finalists heading into tonight’s finals. The Lady Bisons will have at least 1 swimmer in every A final and they’ve loaded up the 200 free with four top 8’s and the 100 back with three. SCAD Savannah isn’t far behind OBU, having qualified 14 for finals as well. The Lady Bees took three of the top 8 spots in the 400 IM and placed two swimmers in each of the other A finals. Concordia could leapfrog a couple of places tonight with their 10 finals qualifiers. The Eagles also have three A finalists in the 400 IM. It should be an exciting night.

Oklahoma Baptist’s men swam to 18 qualifying spots for finals tonight. They placed three top-8 contenders in the 200 free and 100 back, and two in each of the other races. Although he is not competing in the 200 free tonight, OBU’s Nick Schuttinger broke the NAIA national record last night leading off the 800 free relay. His 1:36.87 erased David Hibberd of Simon Fraser’s 2011 record of 1:37.30, so the bar has been reset for tonight’s showdown. The Bisons’ Daniel Ramirez took down the meet record in the 100 back in this morning’s prelims, blasting a 48.62 to beat the previous record of 48.78 set by Kelly Kremer of Drury in 1989. Other notable swims on the men’s side include twelve finalists for Concordia, eight top-8 finishes for SCAD Savannah’s Bees, and a lot of depth from Olivet.