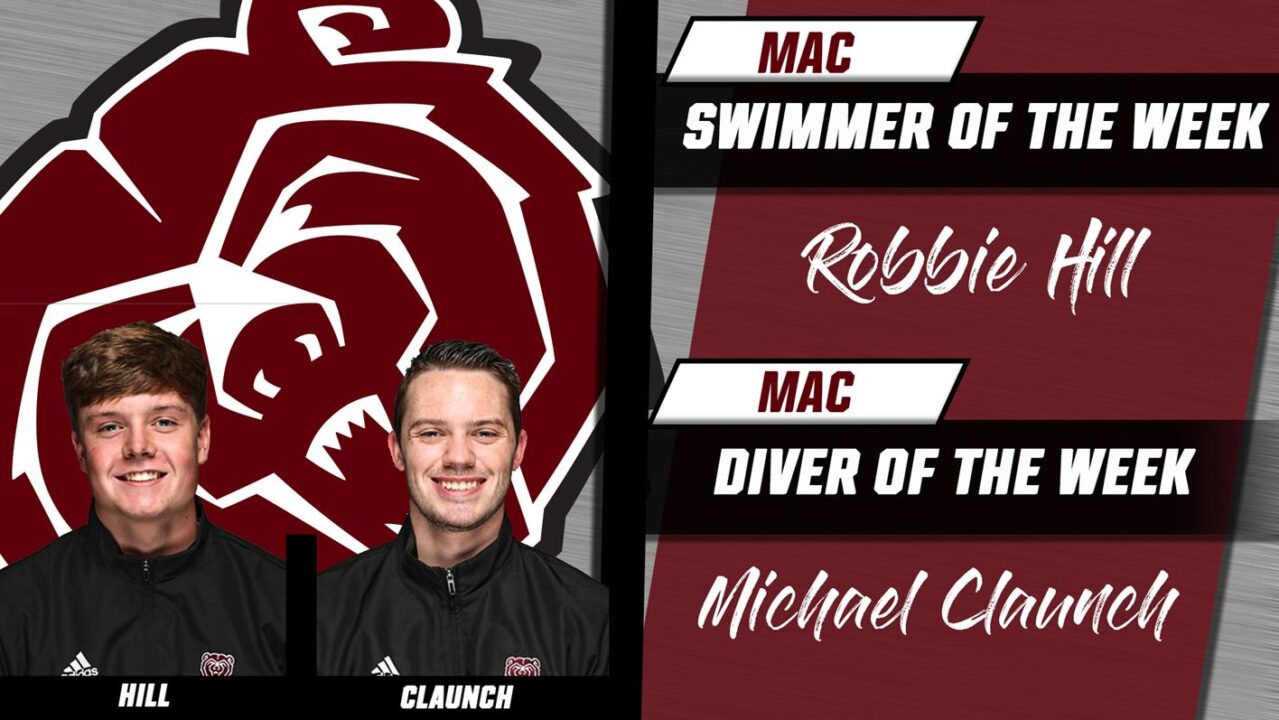 CLEVELAND, Ohio – The Missouri State men’s swimming and diving team swept the MAC weekly awards (March 24) as Robbie Hill was named swimmer of the week and Michael Claunch was named diver of the week.

Hill posted impressive marks during the Bears’ two-day dual at Indiana State this past weekend. On day one, Hill won the 50 freestyle with a personal-best time of 20.93 before following up that performance with a win in the 100 backstroke (49.42.) He also swam a leg in the Bears 400 medley relay win. Hill’s day two performance featured an individual win in the 200 breaststroke with a personal best time of 1:46.72.

“Robbie is really having a great freshman year,” Missouri State head coach Dave Collins said. “We still have a lot to improve on, but he is starting to hit times that will be very impactful for us moving forward.”

Claunch, a senior from Houston, Texas, was dominant in his showing at Indiana State, winning both his events. Claunch was victorious after posting a 300.00 on the 1-meter boards and a 312.00 on the 3-meter boards.

“Michael’s final dual meet of the season was by far his best,” head diving coach Jim Huelskamp said. “Michael and his teammates are ready for the conference championships. I am proud of Michael he has put in the work for a great run at conference.”

Both Hill and Claunch have garnered weekly honors multiple times this season. Hill was swimmer of the week back on Nov. 11, while Claunch was honored on Jan 20.

The Bears will conclude their season April 8-10 when they compete at the MAC Championships in Oxford, Ohio.