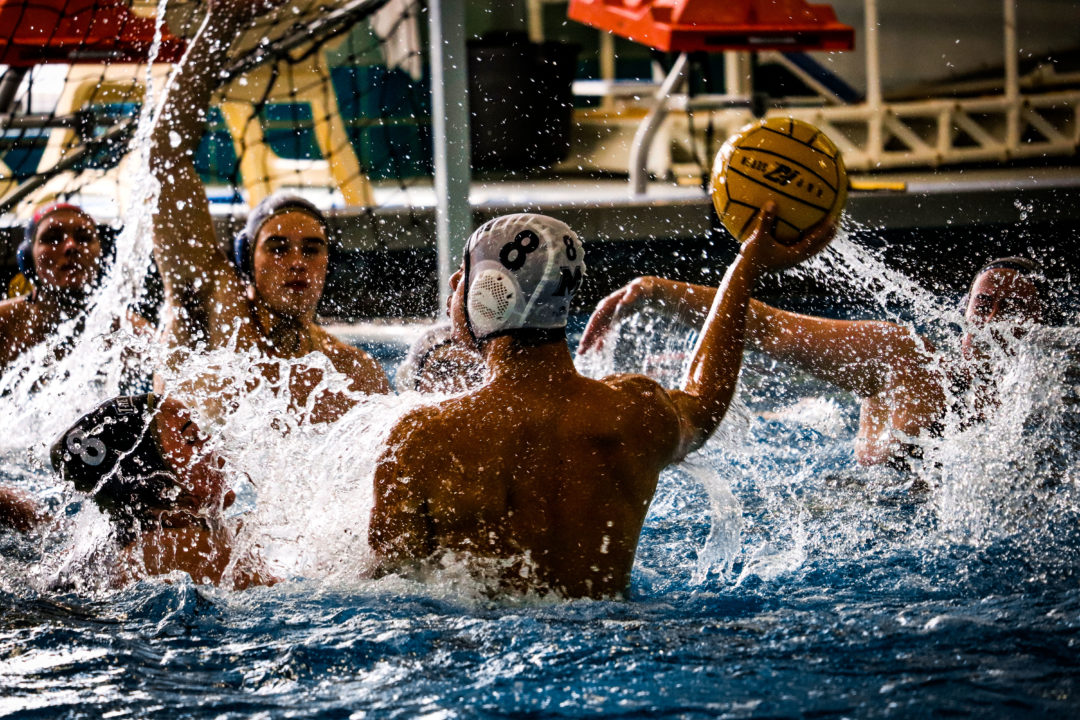 EMMITSBURG, Md. (October 17, 2021) – Using a quick start and tenacious defense, Mount St. Mary’s men’s water polo cruised to an early Sunday afternoon victory against Connecticut College at day two of the Harvard Invite. The Mount rounded out their stay in New England with a defeat at the hands of the host Crimson.

10 different Mountaineers scored in the victory, led by a trio of hat tricks from Zach Fischer, Jason O’Donnell and Kiahi Horan. Defense limited Connecticut to two goals at the break, with goalkeeper Marko Kruska and substitute Eli Thalos amassing a combined 13 saves.

The Camels got on the board first, but that lead lasted 14 seconds before Fischer knotted the score. Keeping Connecticut to that lone goal, the Mount went on a seven goal run, lasting well into the second quarter. Horan and O’Donnell secured their hat tricks by halftime, while Fischer scored two of his three goals in the second half.

Freshmen accounted for six of the seven goals in the final frame. Carter Zwirz picked up his first collegiate goal with 1:29 remaining.

In the second contest, the Mount battled early after falling behind 3-0 to Harvard. O’Donnell scored twice, and tallies from Thalos and Nicholas Wallace-Whitfield pulled the Mountaineers within a goal. But the second quarter belonged to the Crimson, storming to an 8-2 advantage and a 13-6 halftime lead. O’Donnell still earned a hat trick in the defeat, again earning the distinction by halftime.

Mid-Atlantic Water Polo Conference play continues next weekend with a single contest at Navy. Game time is 7 p.m. from Annapolis.