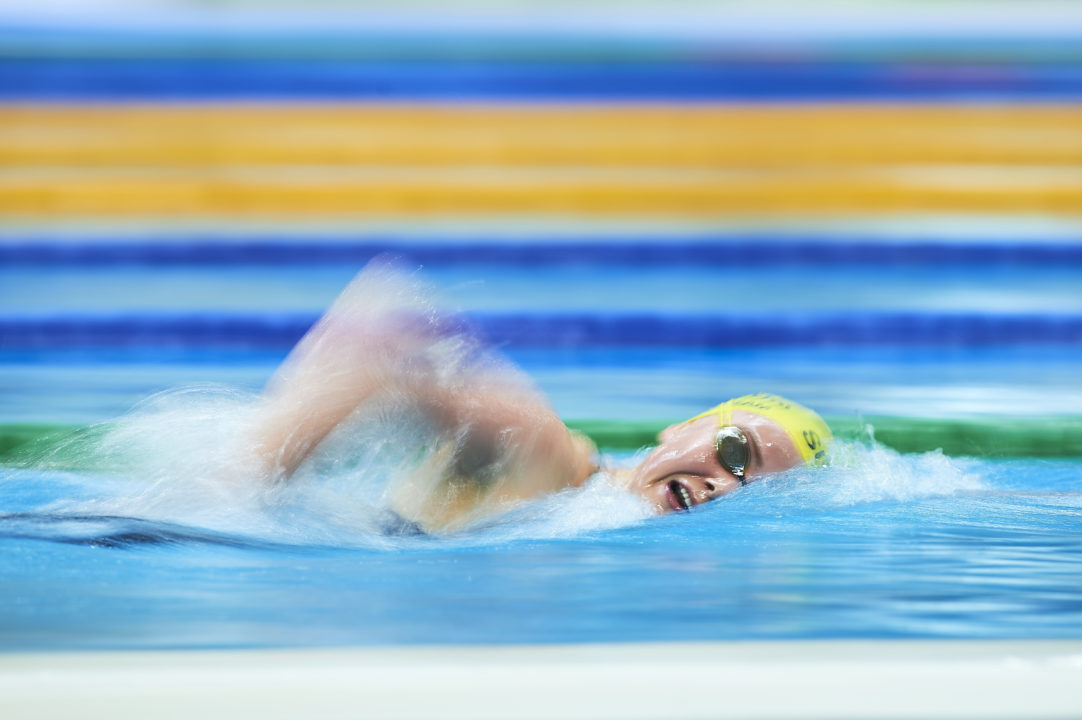 Swimming Australia's elite talent is still (mostly) able to train in the water, as opposed to the United States, GBR, the Netherlands and many others.

With the coronavirus (COVID-19) outbreak continuing to unfold minute-by-minute around the world, athletes across all sports are grasping at training opportunities with the Olympic Games still on schedule to begin in July.

We reported how a group of United States-based National Team and Junior National Team swimmers who were training at the Olympic Training Center in Colorado Springs were sent home after the state ordered the facility to close.

The Royal Dutch Swimming Federation (KNZB) was also forced to cease all top swimming activities around the country, shutting down its already-quarantined Drachten training center.

Two elite powerhouse training facilities in Great Britain are also closed to the tune of Bath and Loughborough. The former is home to Olympian James Guy and on-the-rise 19-year-old Tom Dean, while the latter is where Adam Peaty, James Wilby, Siobhan-Marie O’Connor and more usually train.

However, not all swimmers are forced to keep in shape on land. Australian swimmers, for instance, have been posting in-water training session photos, as they’re able to continue working out, at least for now.

“All of our athletes remain in their home programs currently,” Swimming Australia confirmed to SwimSwam today, March 21st.

“For those training in venues that have been closed, they still remain open to our high-performance programs to train exclusively.”

Australian Olympian Emily Seebohm also confirmed to SwimSwam that she is still swimming, but she’s ‘not sure how much longer.’

We’ve been told that Sydney Olympic Park Aquatic Center (SOPAC) is closed to the general public open to the elite.

Yesterday Swimming Australia head coach Jacco Verhaeren and others in the organization issued a group statement calling for a ‘level playing field’ when it comes to the Olympic Games.

“We do understand that decisions about the Olympics and Paralympics are extremely difficult to make and that it would be devastating to all involved if cancelling or postponing becomes the outcome. At the heart of the Olympic and Paralympic competition is the notion of fair play – a value we hold very close, and we do not want that to be compromised.”

Currently the training situation favors the rich, or a handful of elite swimmers. This is obviously not a level playing field. The olympics must be postponed at least a year.

At least a year? If it’s more than a year then skip it and move on.

You’re acting like it is only a handful of pools open.

I run a regional club based in a low income high unemployment area and we could find water if we wanted it. We just ended our season because age nationals got cancelled.

Other countries are in different situations sure, but that is always the case regardless of anything else going on.

It’s never an exactly even playing field and to worry about that is silly. The ONLY consideration should be the safety aspect. If it’s safe it should proceed. If not it shouldn’t. Frankly… Read more »

There’s pretty much no pools in California available to train in (one of the most dominant swimming states in the country). To say “Frankly with what’s going on at the moment people could use an event like the Olympics.” is representative of how there are still uneducated people that don’t quite get the enormity of what’s happening. If you still don’t know that there is a safety aspect to this, that is very concerning.

This lack of understanding is amplified by attempting to equate the playing-field bias created by the Covid-19 situation with the statement “Some countries have lots of pools, some have none. Some countries have weather that allows outdoor unheated pools to be viable year round, others don’t.”… Read more »

Does anyone know of Caeleb Dressel’s trainin status?

No one is training in Australia. We are high & dry just like the rest of the world – apart from the pro’s in Arizona. Swimming Australia have closed all of its high performance programs. Adam Kable, coach of Matt Wilson, is not currently coaching. The governments stage 1 restrictions closed all gyms & indoor sports facilities at 12pm on the 23rd March. SOPAC is now definitely closed.