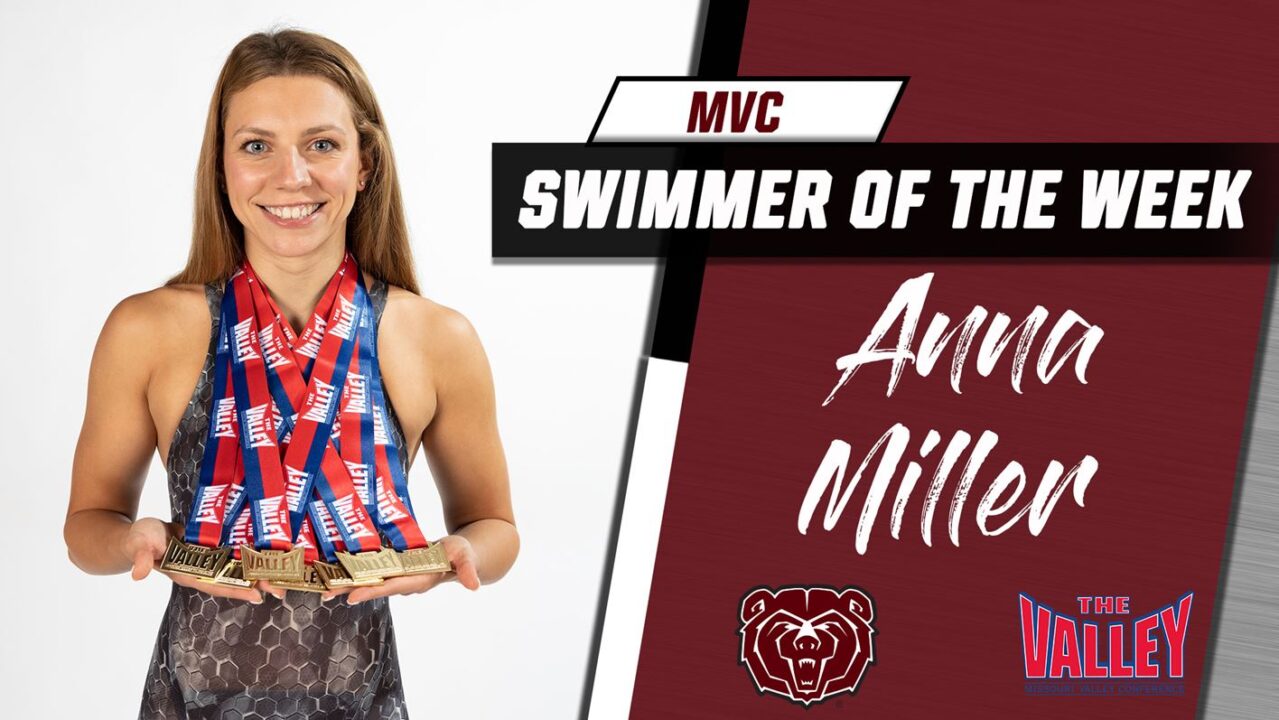 Miller posted two top-three finishes against tough competition at the TYR Invitational in Miami, Fla., this past weekend, including a win in the 50 free. Current photo via Missouri State Athletics

Miller posted two top-three finishes against tough competition at the TYR Invitational in Miami, Fla., this past weekend. Miller won the 50 freestyle with a blistering time of 23.34. The mark was just off the pool record and the 33rd-fastest among all collegiate swimmers this year. She also placed second in the 100 freestyle by clocking a 51.12. The St. Louis, Mo., product has already garnered three individual wins this season.

“Anna had a great week in Miami,” Missouri State head coach Dave Collins acknowledged. “She continues to find ways to get her hand on the wall. I am excited for her because she is seeing the benefits of a good block of training and is making the most of her final season.”

Miller is the reigning MVC Swimmer of the Year after winning all three of her events in record-breaking fashion at last season’s championships. She has 20 career MVC golds and holds school records in the 50 and 100-meter freestyles, in addition to the 100-yard butterfly.

Both men’s and women’s teams will be back in action Oct. 22-23 in Lawrence, Kan. The men will face South Dakota while the women will square off against Kansas. Start times for the event will be at 5 p.m. on Friday and 11 a.m. on Saturday.