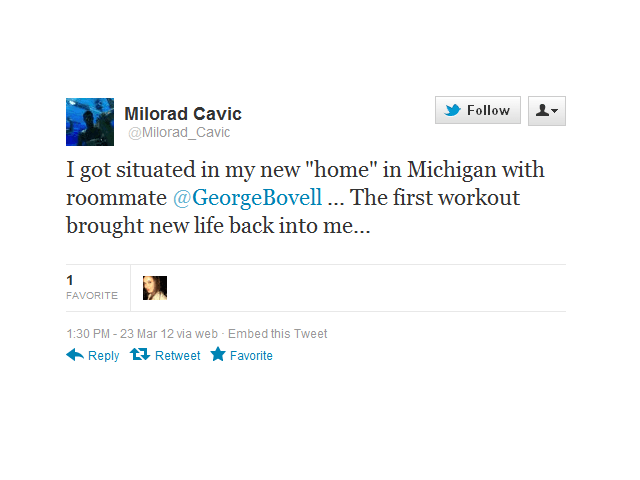 Milorad Cavic, the man who had a huge rivalry with Michael Phelps, will be in Ann Arbor through the 2012 London Olympics.

Cavic is best known as the man who almost foiled Michael Phelps’ attempt at 8 gold medals in Beijing when he appeared to get to the wall first, but in ultra-slow motion proved to be the runner-up by just .01. Now, ironically, he’s off to Phelps’ old stomping ground in Ann Arbor, where he looks to reignite his passion for the sport.

He had been training in California, plans to be in Michigan through the Olympics.

He’ll be living with Trinidad & Tobagan swimmer George Bovell during his stay in Michigan (during the warmer months, not coincidentally).

If there’s a program that can pump enthusiasm back into a dullened veteran swimmer, it’s Club Wolverine. Everything that comes out of that program oozes enthusiasm, from their experimentation with different stroke techniques and drills to the tight-knit bond the group seems to have.