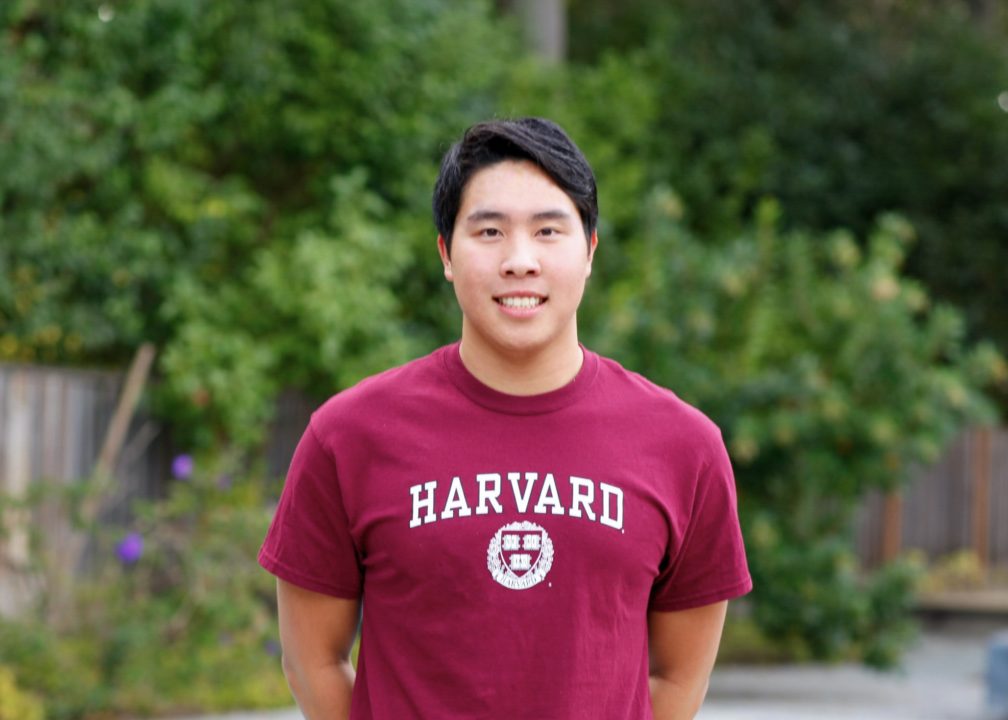 Mid-distance ace Matthew Chung has announced his commitment to swim at Harvard beginning in the fall of 2021. Current photo via Matthew Chung

Matthew Chung from Cupertino, California has announced his intention to swim for Harvard University in the class of 2025.

“Super excited to announce my commitment to swim and study at Harvard! Huge thanks to everyone that supported me along the way #harvard2025”

A senior at The Harker School, Chung swims year-round for Santa Clara Swim Club and specializes in mid-distance free. He had an impressive drop in the 500 free 4:31 to 4:23 during his junior year of high school which led him to be named to the Honorable Mention section of our re-ranked list of top-20 boys recruits from the high school class of 2021.

Chung doesn’t swim the mile very often (in fact, only three times, and his PB of 17:18.20 dates from 2016), but the Ivy League has the 1000 at its conference championships so Chung may be able to stick to his sweet spot of 200-500-1000 free. His best 500 free would have made the A final and his 1000 time would have scored 20th at 2020 Ivy League Men’s Championships, just behind then-sophomore Simon Lamar. Freshman Cole Kuster won both events and his classmate Noah Brune was 5th in the 1000 and 13th in the 500. None of the three is on the roster this season; presumably, they will be back next year when Chung first arrives in Cambridge. He will also overlap with Arik Katz, currently in his first year at Harvard. Chung will suit up for the Crimson with fellow class of 2025 commit Harris Durham.

Great pick! This man will add such to Harvard cultule.

That is quality range right there. Not a ton of people can go 20 point and 9:17 in high school. Good luck with your next step!