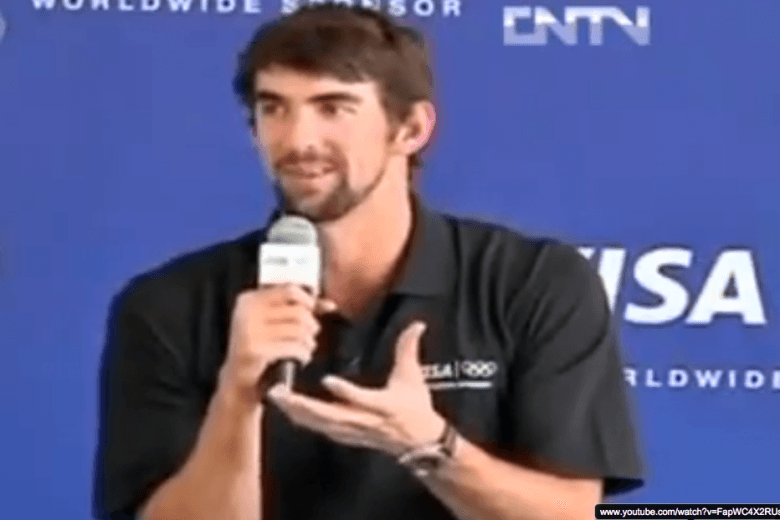 "Phelps appeared at the Olympic Center in Complexo do Almeao, in the center of a group of shantytowns that were still embroiled in drug-trafficking and gang as recently as 2010." (Swim Photo Credit: EN)

Michael Phelps, the greatest Olympian of all-time, visits the poorest area of Rio to promote the 2016 Olympic Games.

The Brazilian economy, now the 6th largest in the world, has come a long way in the last decade, powered by their ethanol energy independence. Economic recovery and expansion has bolstered law enforcement in shantytowns which were infamously controlled by drug-trafficking gangs.

The 22-time Olympic medal winner is not only focused on promoting swimming around the world, Phelps understands healthy communities are a necessity for young kids to even have the opportunity to swim. The Michael Phelps Foundation appears to be taking a global outlook on this cause, and indicated this in a press conference heavily covered throughout Brazil and Latin America.

Phelps appeared at the Olympic Center in Complexo do Almeao, in the center of a group of shantytowns that were still embroiled in drug-trafficking and gangs as recently as 2010.

The Olympic icon did what he does best, swim with and inspire the children living in the impoverished community.

Phelp, who is increasing stumping for the International Olympic Committee (IOC), made it clear he was “impressed” by the city, further offering his support to Rio and their enormous responsibility to host the 2016 Summer Olympic Games.

A light moment and/or a serious goal: Phelps joked that he would not return to Olympic swimming competition, but that he might return as a golfer in 2016.