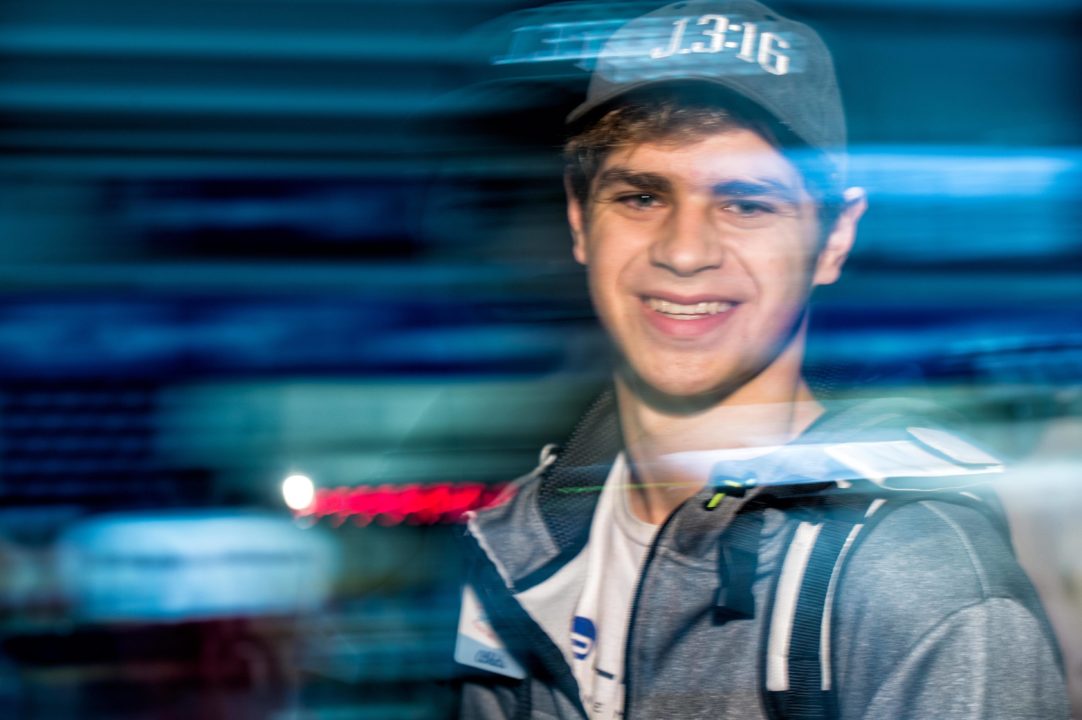 Michael Andrew has re-broken his own National Age Group Record in the 100 yard backstroke on Sunday evening, swimming a... Archive photo via Mike Lewis/Ola Vista Photography

Michael Andrew has re-broken his own National Age Group Record in the 100 yard backstroke on Sunday evening, swimming a 48.10 in the A-final at the College Station sectional meet.

That improves upon his 48.37 done in prelims, and placed him 3rd in the race. The record coming into the day was also his, and the second-fastest 13-14 in history is Thomas Anderson from KING in 48.73. The five fastest swimmers on the all-time age group list have done their best swims in the last year, showing how men’s backstrokes have progressed. Andrew is now a full second faster than Gray Umbach’s old record of 49.20 set in 2009.

The comparisons between Andrew’s three best swims in this race are below:

He attacked his finals swim as hard as he’s ever attacked this race, and though he didn’t finish as well as he did in prelims, the overall time (aka, what counts) was almost three-tenths of a second faster.

The win in the 100 back went to Brock Bonetti, who will race in this pool in the fall as a Texas A&M Aggie, with North Texas Nadadore Brett Ringgold placing 2nd in 47.76.

Honestly, if he was swimming this fast 15 or 20 years ago he would already be in the big times. The only thing “holding him back” is how good the rest of the age group above him is as well. Not to say he won’t narrow that gap quickly.