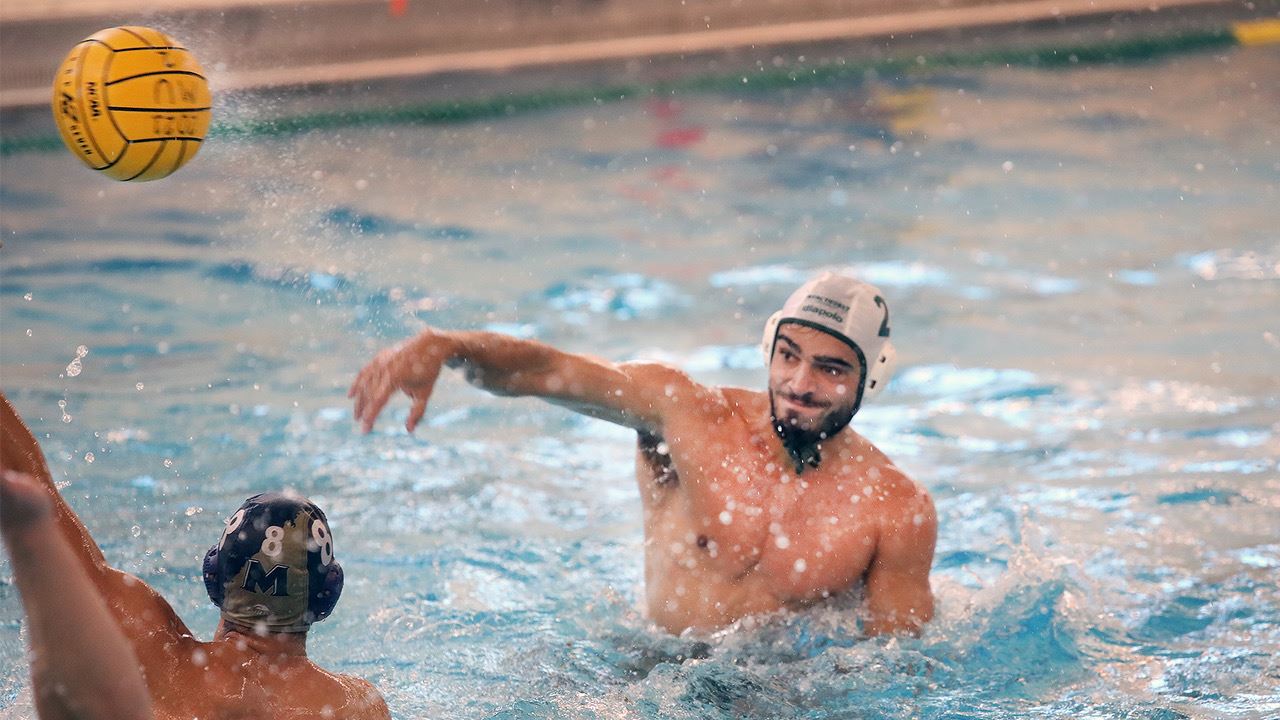 The Mercyhurst University Men’s Water Polo team earned their first victory of the season on Friday evening at Penn State Behrend. It was the programs first win under Interim Head Coach Zarko Sadikovic.

Action started in the first quarter as Penn State Behrend got on the board first just 17 seconds into the contest. Mercyhurst responded instantaneously as Mathieu Davis fired home a goal 13 seconds later. Joel Parnell and Aleksa Vucurovic joined the scoring for Mercyhurst, Parnell scored at the 5:21 mark to get the Lakers out in front 2-1. Vucurovic followed with a goal of his own two minutes later to give Mercyhurst a 3-1 advantage.

Vucurovic would go on to score again just a minute later to extend the lead even more. However, Penn State Behrend battled back as they scored twice in just a minute after Vucurovic’s second goal.

Derek Kagen finished up scoring in the first quarter, his score gave Mercyhurst a 5-3 lead going into the second.

In the second quarter, Reed Bearden put his name on the score sheet for Mercyhurst giving the Lakers a three goal advantage. Davis scored his second of the contest quickly after to extend the lead even more. After a tally by Behrend, Mercyhurst rattled off three straight to close out the half. Nicholas Miller scored first followed by Kagen again and Davis. This gave the Lakers a 10-4 lead at the half.

In the fourth quarter, Behrend made things interesting, scoring the first two goals of the quarter. However, the Lakers were able to hold off the Nittany Lions as Brennan Cumby scored with 1:42 left in the game. Mercyhurst finished off Behrend and won 14-11.

* The Lions outscored the Lakers 7-4 in the second half, but could not overcome the six-goal deficit from the first two quarters
* Ryan Kenney (Skippack, PA/Perkiomen Valley) put the Lions on the board first with a goal 16 seconds into the match
* Mercyhurst answered with four straight goals for a 4-1 lead
* Ryan Carpico (Skippack, PA/Perkiomen) and Justin Brown (Healdsburg, CA/Cardinal Newman) each scored just over a minute apart to get Behrend within one at 4-3
* Mercyhurst tacked on another goal for a 5-3 lead at the end of the first quarter
* The Lakers held a 5-1 advantage in the second quarter for a 10-4
* Eli Anderson (Encinitas, CA/San Diequito) led Behrend with three goals on the night and Eugene Kruger (Alpharetta, GA/Foothill) scored a pair of goals in the second half

* The Lions return to action on Saturday at W&J, facing the Presidents at 5:30 p.m. and battling Augustana at 8 p.m.