Melpolder balancing act in academics and swimming is remarkable 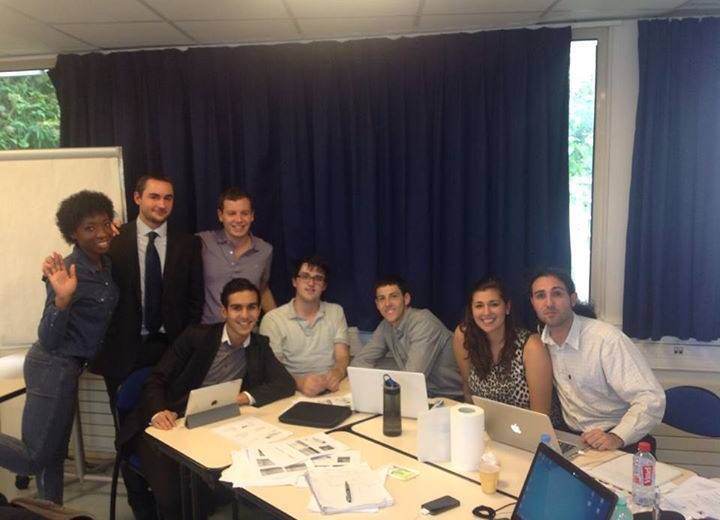 The balancing act Brad Melpolder has achieved between his academic and athletic pursuits in the swimming pool during his career at Albion College is remarkable. Current photo via Albion College

Andrew Innerebner has verbally committed to swim for the University of Wisconsin Milwaukee for fall 2020. Innerebner will be joining their class of 2024.

The balancing act Brad Melpolder has achieved between his academic and athletic pursuits in the swimming pool during his career at Albion College is remarkable.

An economics and management major who is concentrating in the Carl A. Gerstacker Institute for Business and Management, Melpolder has completed practical experiences during the fall semester in each of the last two years to make him a marketable candidate when he pursues management jobs in the manufacturing industry after graduation.

Melpolder missed the first half of the 2012-2013 swimming season when he shuttled between locations in southern Michigan and Wisconsin to intern with one of the nation’s largest manufacturers and distributors of wood and wood-alternative products. Despite not having access to a pool on weekdays during the second half of the internship – Melpolder ran and completed insanity workouts to keep in shape and traveled to find pools on the weekend – he returned to campus for the spring semester and achieved all-Michigan Intercollegiate Athletic Association status in February with an individual league championship in the 500-yard freestyle and he was a member of Albion’s MIAA champion 400 and 800 freestyle relay teams.

Knowing how he would stay in good physical condition made it easier for Melpolder to approach Briton coach Jake Taber about an October trip to France with a group of Gerstacker Institute students for a week of intensive work on business plans with students from Ecole Superieure De Vente (SDV), a French business school.

“I had never done anything relating to international business,” Melpolder said. “As companies trend toward growing internationally I thought I would be better off getting an experience like this. It was also a great opportunity to go overseas, something I had never done before.”

Started in 2008, the Student Entrepreneurial Exchange (SEE) brings the Albion and SDV students together for the development of business plans and cultural exchange. During the week in France, Melpolder’s team finalized their fictional fitness tracking product for smart phones. The team will meet via Skype to work out marketing and financial details and to develop a launch plan for the project before the French students travel to Albion in April when the product proposal is presented during the College’s Elkin Isaac Student Research Symposium.

While in France, Melpolder and his Albion classmates attended class at SDV from 9 a.m.-5 p.m., a departure from the American college schedule. The Albion students presented the research they had already completed about opportunities for the products in the American market as well as learning about how market research is conducted in France.

And, of course, there was time set aside for sightseeing and sampling French culture.

“We saw the Eiffel Tower, we were able to go on a riverboat tour and they took us out most nights – just walking around the city,” Melpolder said. “The French students liked to keep us out until 2 o’clock (in the morning).”

While the trip forced Melpolder to miss the MIAA Relays, the first meet of the season, and compete in a dual meet against perennial league power Calvin College less than 24 hours after returning to campus, his coach was fully accepting of the opportunity from the start.

“It’s something I talked to Coach Taber about in May of last year,” Melpolder recalled. “I told him what it was, what I had to do, when I would be gone and we looked at the schedule. It really didn’t seem like a big concern for him, especially being gone first semester of last year I kept in pretty good shape and he was confident I would take care of myself while I was away. Coach Taber was one of the most supportive people (about the opportunity). I never felt like I was betraying my team because I chose to go on this trip.

“I normally set unrealistic expectations for myself,” Melpolder said of the Calvin meet. “I wanted to win a few races that I would had I been training with the team all week. I can’t complain with the success I’ve had so far this year.”

Melpolder ended up winning the 200-yard freestyle and finishing second in the 500-yard event against Calvin and he believes the week away from the pool continues to pay benefits.

“It has worked out really well for me, to this point, to get that week of rest,” Melpolder said. “We’ve tried to do early this season is get me more cardio work and distance sets and I can work on sprinting (for relay events) when I’m resting. What makes that difficult is I swim events ranging from the mile to the 50 in relays.”

The Student Entrepreneurial Exchange is just one piece of Melpolder’s impressive fall semester lineup. In addition to his course load and swimming, he works 10 hours at Caster Concepts, a manufacturing plant in Albion, and is active with the Delta Tau Delta fraternity.

“I can put these experiences on my resume,” Melpolder said. “It’s something that’s going to benefit me in the future and it’s why we come to a school like Albion – to make ourselves better in the future. Balancing all these activities shows I can do multiple things and be successful at them.”

This release was provided to SwimSwam courtesy of Albion College.