Meili and Orsi Put Up World’s Top Times in Bolzano 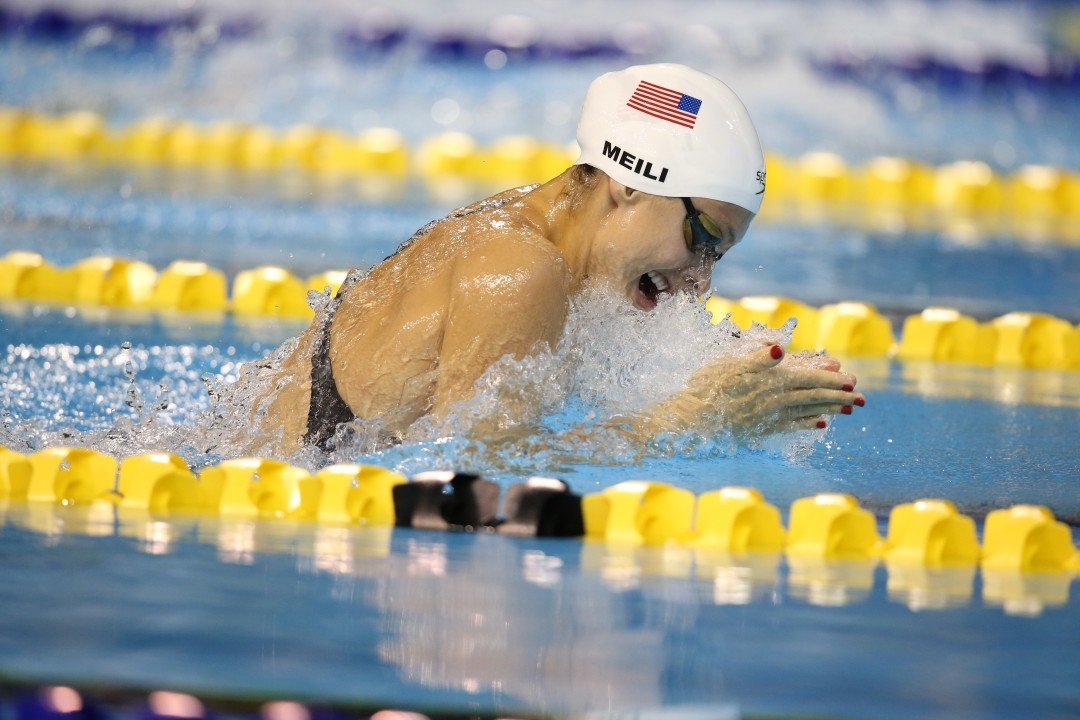 Thumbs up indeed, as Arianna Vanderpool-Wallace crushes a sub-24-second 50 SCM freestyle in Bolzano.

The meet, which is swum in a short course pool, saw both American Katie Meili and Italian Marco Orsi post world’s bests. Meili took the women’s 50 breaststroke in a time of 29.86. She took over the top spot in the world rankings from Jenna Laukkanen of Finland who posted a 30.05 in October.

Orsi won the men’s 100 freestyle in a time of 46.98. He is the first man this season to crack the 47 second barrier. He takes over the top spot in the world ranking supplanting Australian Kenneth To who recorded a 47.68 earlier this year.

Kira Toussaint of the Netherlands and Arianna Vanderpool of the Bahamas were the other two athletes to set new meet records. Toussaint took the women’s 100 backstroke in a time of 58.20. Her time now places her fourth in the world rankings

Vanderpool took the women’s 100 freestyle in a time of 52.69. Her time also puts her fourth in the world rankings. She was also not far off her national record time of 52.34, which she set at last year’s World Championships in Doha.