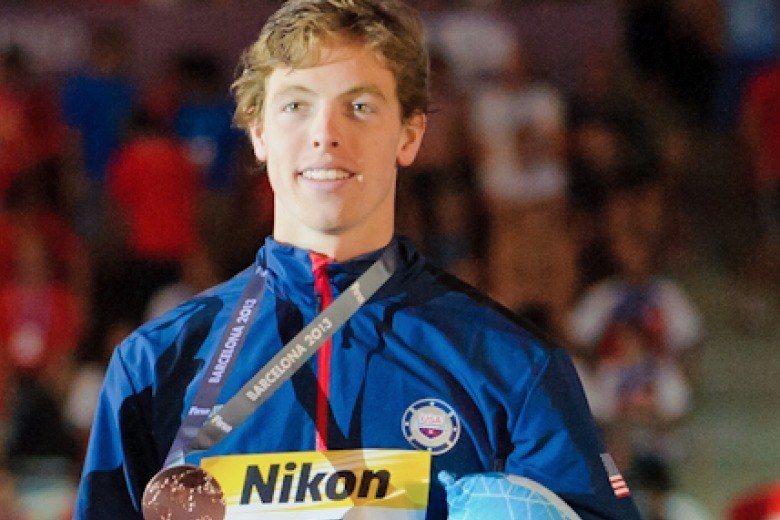 The United States captured a medal in each of the four final events on night one to jump out in front of the overall medal count at the 2013 World Championships in Barcelona.  Eight other nations came home with a medal, but Team USA was the only squad to win more than one in the first evening session.  A quick rundown of the medals doled out tonight:

As things get more interesting over the next few days, we’ll break down the data a little more.

I guess it’s safe to say at the US Trials that of all the swimmers who were not “fully rested” that Ledecky was probably the only one who was still in heavy training.

Still in heavy training and below world record pace for much of the 1500, breaking her 800 time in the process? She’s looking to be in absolutely fanatastic (and undoubtably WR-capable) shape for her other events. Stunning swim for her today.

There was someone here who posted about watching Ledecky do a solid 5K workout between sessions in Indianapolis. Given present results, it would seem like that was a pretty accurate report.

You have Canada down for a bronze. I think that might be New Zealand’s medal (Lauren Boyle).

Michael Phelps is going to come back. We can speculate all we want, but in the end I believe he truly will come back and swim.

When Dan Hicks asked him if he had completely closed the door on competing, Phelps beat around the bush and responded by talking about how much fun golf was.

He said it himself: he wished he could have been swimming on that relay.

Michael Phelps is coming back. It’s only a matter of when.

I don’t doubt it, regardless of what he said. Feigen’s lack of international experience definitely showed on this one. If only they had stuck with Berens! Had Phelps been swimming, this whole meet would be completely different!

And when asked he never ever said, “NO”. I was waiting for it. Everyone was waiting for that one word and he never said it. The nay sayers can say whatever they want. The man is coming back. WHOO HOO!!!!! Yeah, baby! LOL

Yes! Only months before, he was adament about not coming back. Now he can’t hold back the truth! Rowdy was right when he said, “Ask me in a year whether he is coming back,” and chances are, his position would’ve changed. And yes, his position has changed. Now, it’s just a matter of where and when.

I would love to see him come back, but getting caught up in the moment and grinding out 2 a days plus land training for 1000 days is another thing.

Well, before he retired he had been doing it for almost two decades! It would be nothing new =). After all, all he knew was the pool. That’s one of the reasons why he retired, to get out and see the world (he said it himself in his autobiography). But he did it for so long because swimming was, and some still believe is, his life!

That would be incredibly rude to state that.

Champions have to be careful to shepherd their career after retirement . It is part of sportsmanship.