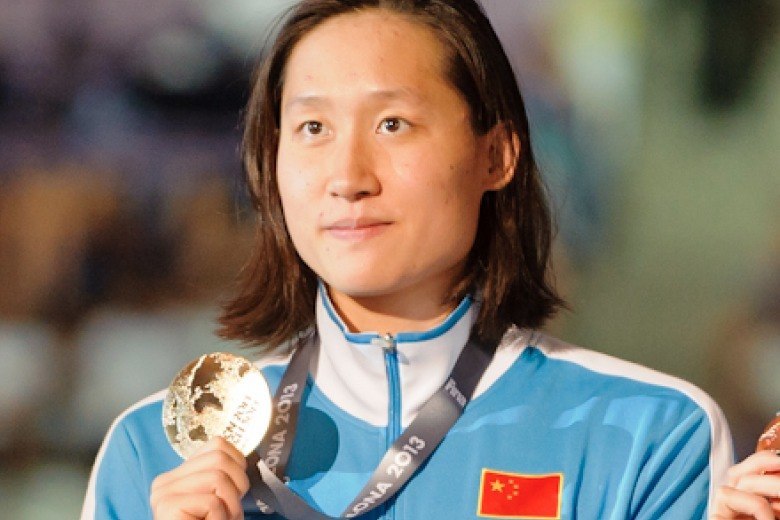 After a light day on the podium yesterday, Team USA bounced back on day five of the 2013 FINA World Championships in Barcelona, winning four medals (two gold, one silver, one bronze), and setting themselves up for (likely) at least another four tomorrow.  Ryan Lochte opened up the session in a big way, running away with his first gold medal of the meet in the men’s 200 IM, his signature event.  Sprinters Jimmy Feigen and Nathan Adrian kept the ball rolling in the next final of the session (the men’s 100 freestyle), finishing 2-3 in a very fast field (on paper, anyway).  The American women got in on the action in the final event of the session, winning gold behind a brilliant 1:54.27 in the women’s 4×200 free relay.

With a 1-2 finish from Zhao Jing and Fu Yuanhui in the women’s 50 backstroke and another gold in the women’s 200 fly from (world record holder) Liu Zige, China has put a firm hold on the second spot in the medal count (although Australia has a higher total, China has twice as many gold medals).  China can expect some more hardware over the final three days of the week, led by Sun Yang’s practically-inevitable win in the men’s 1500 free.  The Chinese men also have a shot at the podium in the men’s 800 freestyle relay, having won bronze at the Olympics a year ago.

Some other medal notes from day five…

Here is the only place I can find the race tonight and it does not tell much.
200m Butterfly Women, Final. Swimming World Championships BCN 2013

Terrible show for the Russian team that was so impressive in Kazan, they really blew this taper. Germany’s horror continues. Extremely up and down meet for the French as usual, same for the Aussies. Lastly, it’s shocking to me that the Brits haven’t won a single medal of any variety yet, didn’t they just won a massive increase in funding?

18 medals for Team Usa without M Phelps , Rebecca Soni , Brendan Hansen !!!!!!! That’s still pretty impressive after only 5 days . the depth of young talent + the ” in shape veterans ” created a very impressive team . Just Ledecky + Franklin = 7 golds , relays included … these 2 have no limits … and give great show swims every time they are in the pool .
Sad for Germany and the Aussies men in general ( except Maggie & Mc Evoy ). Spain is in front of Russia at the medal table !!!! ??? did i really see that ?

What about Canada’s performance? oh wait..still in that rebuilding phase