Margherita Panziera Breaks Her Own Italian Record in 100 Back 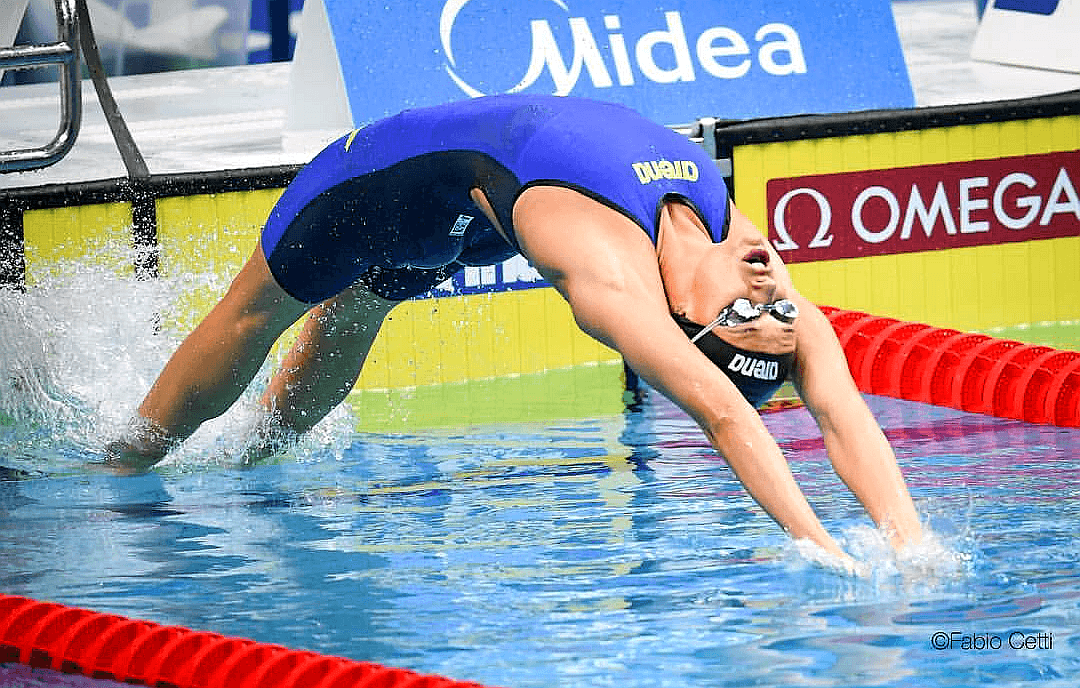 In April, she became the first Italian woman under 1 minute in the 100 back; now she's knocked another two-tenths from the record. Archive photo via Fabio Cetti - KCS Media

22-year old Margherita Panziera has broken her own Italian Record in the women’s 100 long course meter backstroke on day 2 of the Sette Colli Trophy. In the final, she swam 59.80, which placed 2nd to Danish peer Mie Nielsen, who finished in 59.57.

Panziera’s swim broke her own Italian National Record of 59.96 that she swam in Riccione in April at the Italian National Championships. The prior record was a 1:00.22 done by Elena Gemo at the 2015 Sette Colli Trophy, which means that Panziera was the first Italian woman to finish the 100 back in under 1 minute.

Her two races were split very similarly, she did get off to a better start on Saturday, though, and that made most off the difference in the best time.

The time ranks Panziera 15th in the world so far this  year. More significantly, given that the European Championships are the big meet this summer, she’s now the 3rd-fastest European so far this year, behind only Nielsen (who was also 59.57 at the Barcelona stop off the Mare Nostrum series) and Russia’s Daria Ustsinova, who swam 59.73 at the Russian Championships.

Panziera, who is also the National Record holder in the 200 back in short course meters, didn’t swim any finals on Friday. She swam 26.97 in prelims of the 50 free and was entered in, but did not start, the 50 back prelims.