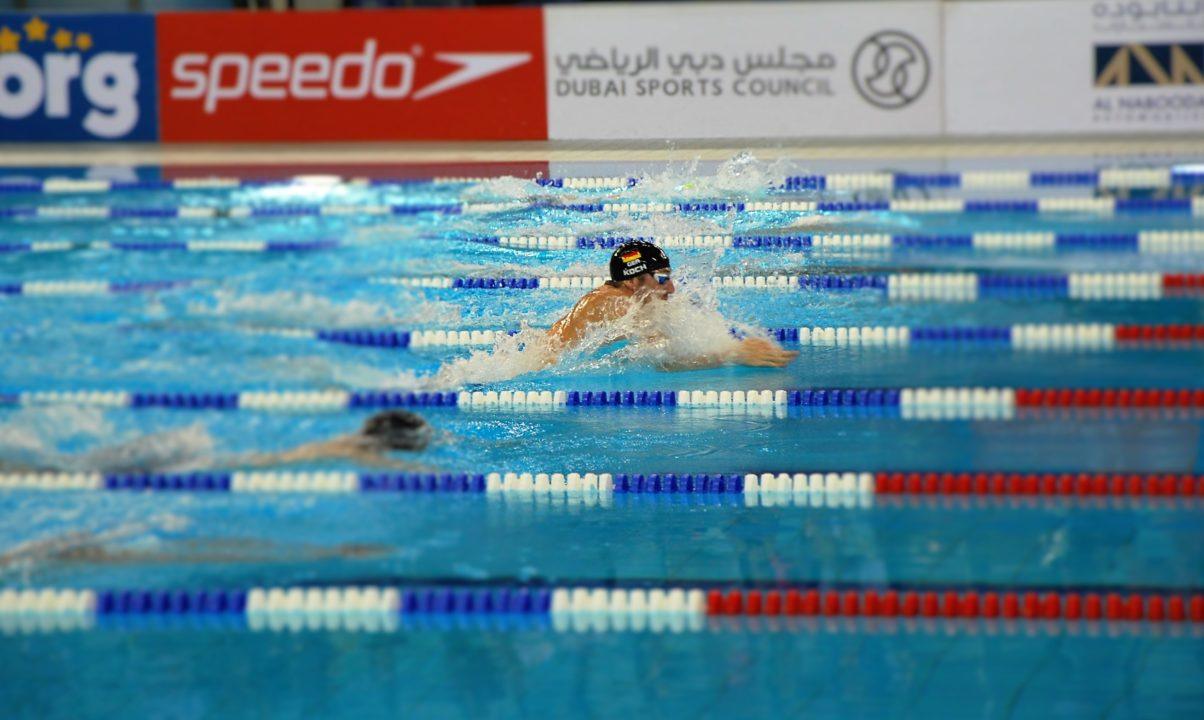 Yui Ohashi has become the latest woman to pull off a seemingly IM-specific feat by winning 2 Olympic gold medals in the same discipline.

Long course world champion Marco Koch has broken the 200  short course meters breaststroke world record at the 2016 German national short course championships in Berlin today. He swam a 2:00,44, shaving 4 total hundredths off of the old mark of 2:00,48 set by Daniel Gyurta (Hungary) in Dubai in 2014.

Koch lost a lot of weight recently – about 29 pounds. Over 6 weeks, also during the FINA World Cup series when he started the diet, he only ate 1500 calories per day. After his 7th place in the 200m breaststroke in Rio- for the German media and public a disappointing result – he was criticized in the press with headlines like: “Failed this gold candidate because of his weight?” Marco Koch told SwimSwam at the 2016 World Cup in Dubai that his diet was not a reaction on this criticism: With a weight of 202 pounds he was always as fast as with less weight – he won 8 out of 9 events in the 200 SCM breaststroke finals at the World Cup meets and he has set the 8 fastest times this season.

Thanks for the video.

Glad to have had the chance to race and practice next to you countless times ! What an awesome dude all around.

His pullouts are no joke. It must feel awesome to push off the wall with 29 fewer lbs than just a few months ago.

That was an amazing swim. He never stopped forward momentum. That was a clinic in breastroke.

Wow, those are some nice underwaters.

Really would like to know what his maximum stroke-length is, if he aims for it (not for speed).
Whatsoever: See you at the “Traglufthalle” in Darmstadt (the occasional long distance dolphin guy 😉