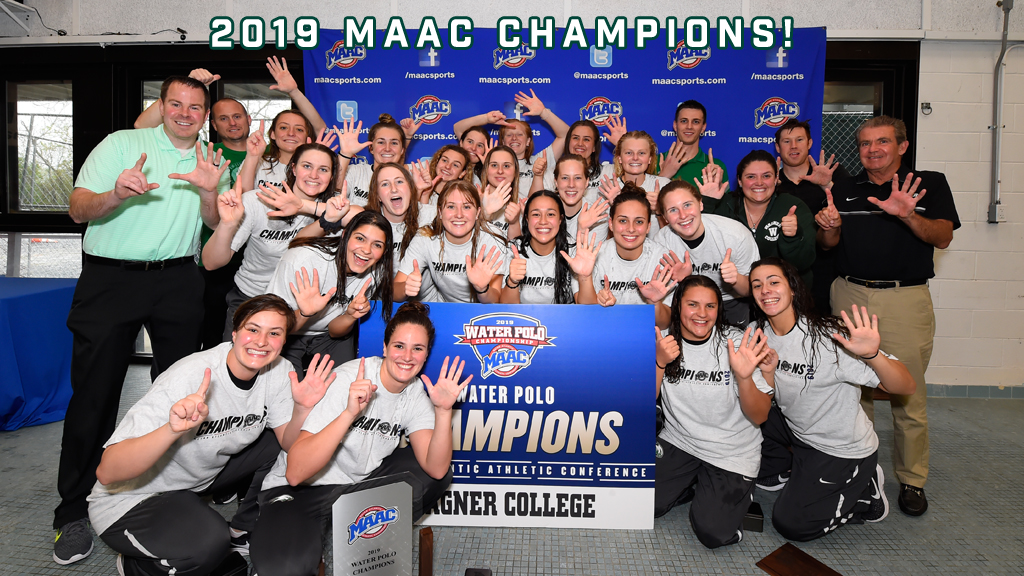 With the victory, which marks the Seahawks’ ninth MAAC women’s water polo championship overall, the Green & White earn the league’s automatic bid to the 2019 NCAA Championship.

The Red Foxes were the first to score before the Green & White answered with six straight goals from three First-Team All-MAAC selections in redshirt junior Kristy Donkin (4), Freshman and Rookie of the Year Sofia Diaz Alvarez (1), and junior Jacqui Sjogren (1).

Marist found the back of the net for its second goal of the game in the third period followed by a tally from sophomore Daisy Nankervis, to set the score at 7-2 heading into the fourth stanza.

However, the Red Foxes did not go away quietly, opening the final eight minutes by finding the back of the net twice in cutting the Seahawk lead to 7-4. Freshman Philippa Nash put the finishing touches on the game, registering her first goal with just eight seconds remaining.

The NCAA Women’s Water Polo selection show will be streamed on NCAA.com on Monday, April 29 at 8:00 pm.

POUGHKEEPSIE, New York – Marist Water Polo fell to Wagner 8-4 in the Metro Atlantic Athletic Conference Championship at McCann Natatorium. Despite the Red Foxes putting together one of their best defensive efforts this season, Marist struggled to execute on the offensive end of the ball. The Championship game was one of five games Wagner’s offense was held to under 10 goals this season.

Grace Doerfler and Katherine Tijerina were named to the All-MAAC Tournament Team.

FROM THE COACH
“It’s just tough to see this go down this way because I know what were capable of and it’s just that mental side of things that get the best of you.” Stated Head Coach Chris Vidale. “It’s hard to end this way but we’ll continue to do what we do to compete and end up in this championship.”