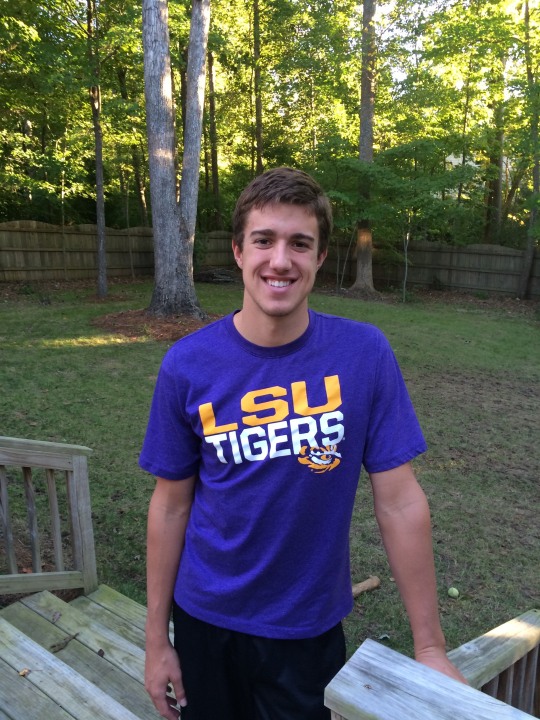 Alex Carson, a senior at Green Hope High School in Cary, North Carolina, has made a verbal commitment to Louisiana...

Alex Carson, a senior at Green Hope High School in Cary, North Carolina, has made a verbal commitment to Louisiana State University for the 2015-16 season.

Carson is a sprint freestyler and backstroker who is an integral member of the two-time North Carolina High School 4A state champions, Green Hope. Carson contributed top-eight finishes in both the 50 and 100 free to the 2014 team effort and a top-eight in the 50 and top-16 in the 100 in 2013. He also racked up big points as a member of Green Hope’s 200 and 400 free relays; they were state champions in the 200 FR and finished second in the 400 FR in 2013, and second in both relays at the 2014 state meet.

As a member of YMCA of the Triangle Area, Carson was a part of YOTA’s 200m free relay teams that broke the 15-16 and 17-18 national age group records, as well as the YMCA national records in the 200m free relay and the 400y free relay.

Carson’s times today are just outside finals qualifying times for 2014 SECs but he’s had some big drops over the last few years and is still getting faster. In the last two seasons he has dropped 2.7 seconds in his 100y free, 1.9 in his 100y back, and .4 in his 50 free.