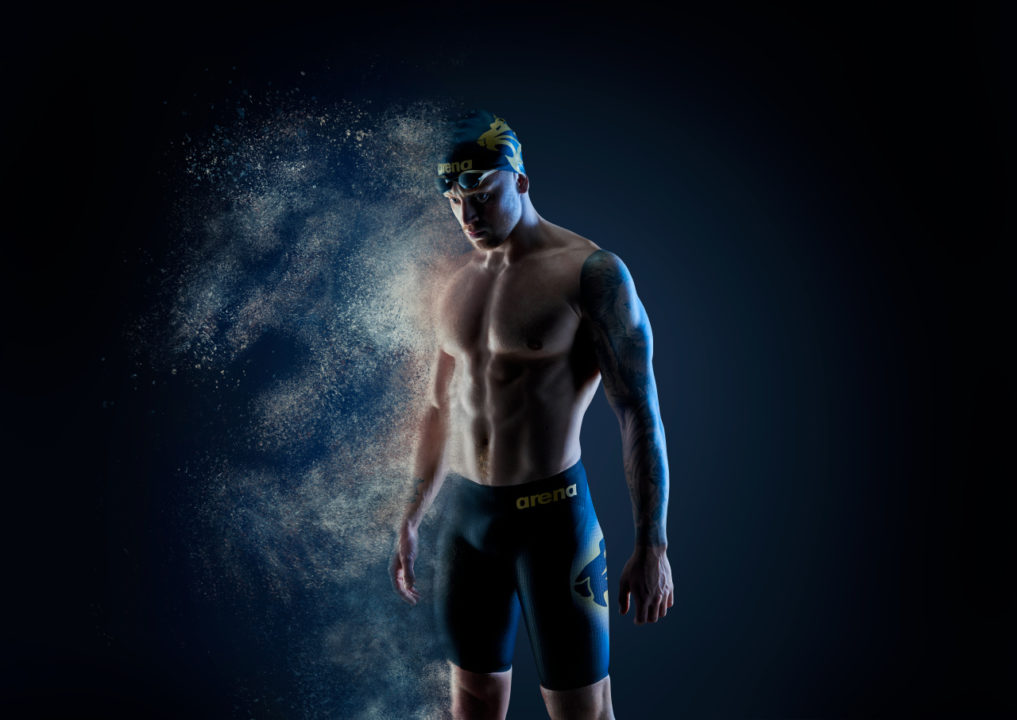 Performance swimwear manufacturer, arena, has signed a multi-year deal with Loughborough Swimming, the UK’s leading university swim team. The deal will see all 60 elite student athletes kitted out in arena’s performance race suits for competitions and with suits and swimming aids for training.

The 60-strong swim team is the most successful university swimming team in the country and on course this season to win a record-breaking 40th consecutive overall British University & Colleges Sport (BUCS) title, the pinnacle of university sport. The facilities the students access are the same as those used by the professional athletes who train at the university – including Olympic Gold Medallist and World Champion, Adam Peaty.

Director of Swimming, Andi Manley, a Loughborough alumni himself, manages a team of two coaches and an extensive support team including strength and conditioning coaches, nutritionists, physiotherapists, physiologists and psychologists to deliver one of the finest senior swim programs in the world. Current  Loughborough Swimming members include Imogen Clark who won a silver medal at the 2018 European Championships and in doing so broke the Commonwealth Record for the 50m breaststroke, and Charlotte Atkinson, who finished fourth at the 2018 Commonwealth Games (200m Fly) and also won a gold medal as a relay swimmer for Great Britain at the 2018 European Championships.

The schedule these elite student athletes undertake is gruelling with 18 hours a week spent in the pool. A typical day will see the swimmers arrive at 0500 when they stretch for half an hour before two hours of swim training. Many will then head to the gym for a further two hours, then on to a physiotherapy or specialty sport medicine session, before a few hours of lectures or studying. The student-athletes are then back in the gym in the afternoon before a final two-hour long pool session with the day rounded off by more studying.

“These elite student athletes are combining a world class senior swim training program with a world class university education – their dedication to both is outstanding,” commented Andi Manley. “This partnership with arena is an extension to the state-of-the-art facilities we have here at Loughborough. The swimmers have a world class coaching team, access to the best gym, pool and support facilities and now the best performance swimwear. When all these elements come together our athletes will continue to be unstoppable,” he concluded.

“We are really pleased to support the partnership between arena and Loughborough Swimming, solidifying arena’s position in the UK competitive swim market,” said Debbie Poulson, Marketing Manager for Solo Sports Brands Ltd. “We are extremely proud to be associated with team Loughborough and believe that arena will make a material contribution with the supply of innovative and technologically advanced race suits and the ultimate race goggle – the Cobra Ultra Swipe. These products complement the hard work and dedication shown by athletes and coaches to fulfill their sporting goals,” she concluded.

All 60 team members have been fitted with an arena Powerskin Carbon-Air suit or jammer. These suits can take up to 15 minutes to get on as they are designed to fit the body tightly to provide superior muscle compression. The swimmers are all wearing the latest in google technology – the Cobra Ultra Swipe which incorporates arena’s new Anti-Fog Swipe Technology, a groundbreaking new approach to fogged up goggles for up to 10 times longer lasting protection.

The final big meet of the season for the full university team will be at the British Nationals in Glasgow from 23-28 July.

Since 1973, arena has created and marketed waterwear products for competitive swimmers and swimming fans worldwide, and is universally recognized as one of the premium brands of high quality swimwear and equipment. Over the last 45 years, arena has developed strong expertise in creating best-in-class products with particular focus on the pool segment, while also expanding into leisure and beach wear. Today the arena brand has a presence in 116 countries around the globe. With direct representation in Italy, France, Germany/ Austria and the United States, the group also employs a network of 35 qualified business partners in more than 100 countries, while the Japan-based Descente Ltd owns and manages the brand in 11 countries of the Far East. arena’s ties to the world of sport, and swimming in particular, are reinforced through sponsoring activities at different levels, including governing bodies, national federations, athletes and clubs. In an historic agreement signed in early 2014, arena became a principal sponsor and technical partner of the swimming world’s governing body, FINA (Federation Internationale de Natation). In addition, arena is technical sponsor and official supplier to many swimming federations including the United States, Australia, Netherlands, Italy, Hungary, Germany, Poland, Sweden, Croatia, Norway, South Africa, Austria, Romania, Czech Republic, Finland, Portugal and Estonia.

Solo Sports Brands Ltd are the arena® distributor for UK & Eire with over 60 years of combined experience in brand management and distribution, working with retailers of various sizes across the region. The dedicated team of Solo Sports is based in Sedbergh, Cumbria and takes pride in offering an outstanding and consistent customer service.