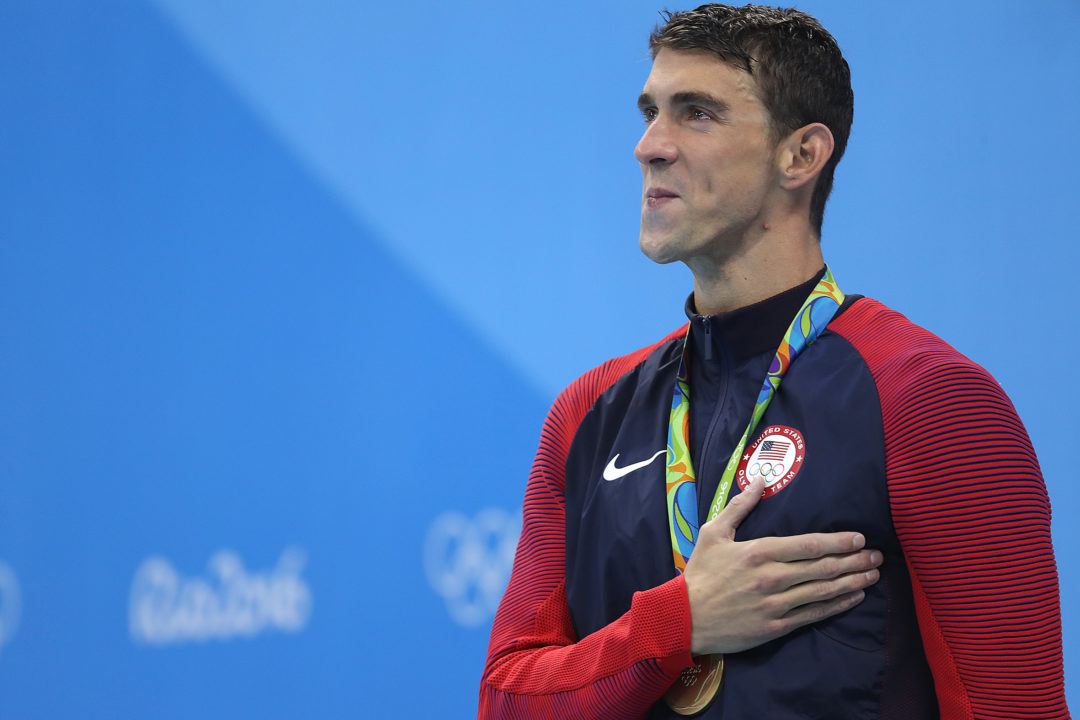 Of all the congratulatory posts on the Facebook wall of Olympic hero Michael Phelps, one from a 21-year-old swimmer is going viral - oh, and that swimmer is a dead ringer for the 28-time Olympic medalist. Archive photo via Vitor Silva/SSPress

Of all the congratulatory posts on the Facebook wall of Olympic hero Michael Phelps, one from a 21-year-old swimmer with autism is going viral – oh, and that swimmer is a dead ringer for the 28-time Olympic medalist.

Austin Levingston, 21, lives in Kansas and swims. He posted a congratulations on Phelps’ Facebook wall last month after the Olympics, and his words resonated with other fans, so much so that the post garnered over 3800 likes, according to FOX 59.

“Hello Michael, my name is Austin and I am autistic,” Levingston wrote. “I know you may not care to read this, but you are one of my biggest idols and I’ve been following you for a very long time. Right now, I am currently going to college and hoping to become the first person in my whole family to get a degree. I am also a swim competitor just like you and I’m hoping to swim in the Olympics just like you someday.”

Levingston also says he gets mistaken for Phelps often – and a side-by-side photo comparison from The Baltimore Sun confirms that the two are nearly doppelgangers:

The Sun has a more detailed story, but Levingston’s background makes for a great read. Diagnosed with autism at a young age, Levingston tried out for his high school basketball team as a freshman but was cut on the first day. The Sun reports that his coach told him he “didn’t have the ability to play.”

But Levingston has found his place in the pool, swimming for his high school and a summer league club. He attended Barton County Community College but this year will make the jump to Tabor College, a Christian school in Kansas that holds the state’s only men’s swimming program. The Tabor Bluejays compete in the NAIA.

Levingston says he hopes to swim there and also become the first member of his family to earn a college diploma. And after his post gained traction on Phelps’ Facebook page, he now has a whole fan-base of his own behind him.

Everyone who posted a negative comment: 5 200 fly’s on 20 seconds rest – stay within five seconds of your first one (and don’t loaf) or start over. Jerks.

Well they have similar facial structure…

Chill….Haha that guy does have some slight fscial similarities but anyone whos confusing him with phelps either needs glasses or to go home and get some more sleep.

Although side note…didnt read the part about his disabilty earlier. Really encouraging to see that he has persevered and is pursuing a college degree

He looks more to Jimmy Feigen to me

I see it but don’t see it. I would never confuse Austin for Michael, but can see a resemblance but that’s about it.