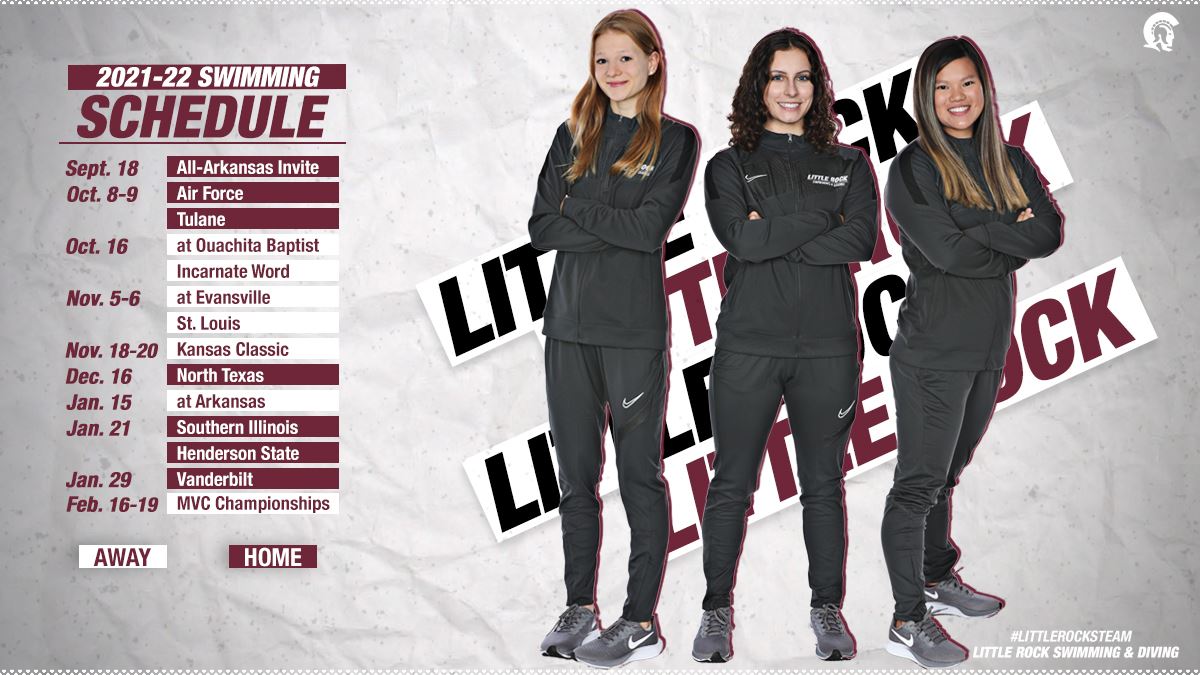 The Trojans will kick off their season next weekend at the Donaghey Aquatic Center, returning to the usual September through February competition format. Current photo via Little Rock Athletics

LITTLE ROCK – The Little Rock swimming and diving schedule has officially been announced by head coach Amy Burgess, with the Trojans ready for a full year of competition once again after a modified season last spring.

“Last season tested everyone in multiple ways, and the growth we saw with each challenge was contagious,” said Coach Burgess. “The legacies established before continue to grow each year and welcoming in a very strong class, we are ready to continue to raise the bar.”

The Trojans will kick off their season next weekend at the Donaghey Aquatic Center, returning to the usual September through February swimming and diving competition format. Little Rock will host Arkansas, Henderson State, Ouachita Baptist, University of the Ozarks, Williams Baptist, and their respective men’s teams in an exciting inaugural All-Arkansas Invite to open the year.

“We are eager to welcome swim & dive programs from around the state and look forward to this being an annual event at rotating locations each year,” added Coach Burgess.

Mark your calendars, because there will be two additional home meets in the first semester for the Trojans. Little Rock hosts a tri-meet against Air Force and Tulane the weekend of October 8-9 and welcoming North Texas to wrap up the fall. The away schedule includes tri-meets at Missouri Valley Conference (MVC) opponents Evansville with St. Louis as well as a competition at in-state foes Ouachita Baptist along with Incarnate Word.

Most notably, Little Rock will return to the Kansas Classic for their annual November mid-season invitational, which the Trojans did not attend last year due to moving the season to a January start date. The rested competition will be a great test for the young team against several other Division I programs.

Little Rock will travel to Iowa City for the Missouri Valley Conference Championships in February, wrapping up the season the four-day meet in a prime location for the Trojans to show off their hard work and growth throughout the year.

“I am looking forward to the team competing in one of the best facilities in the country,” said Coach Burgess. “There is an extra buzz and thrill when walking into a facility like the University of Iowa, and this team is going to have a lot to be proud of and show the MVC this season.”