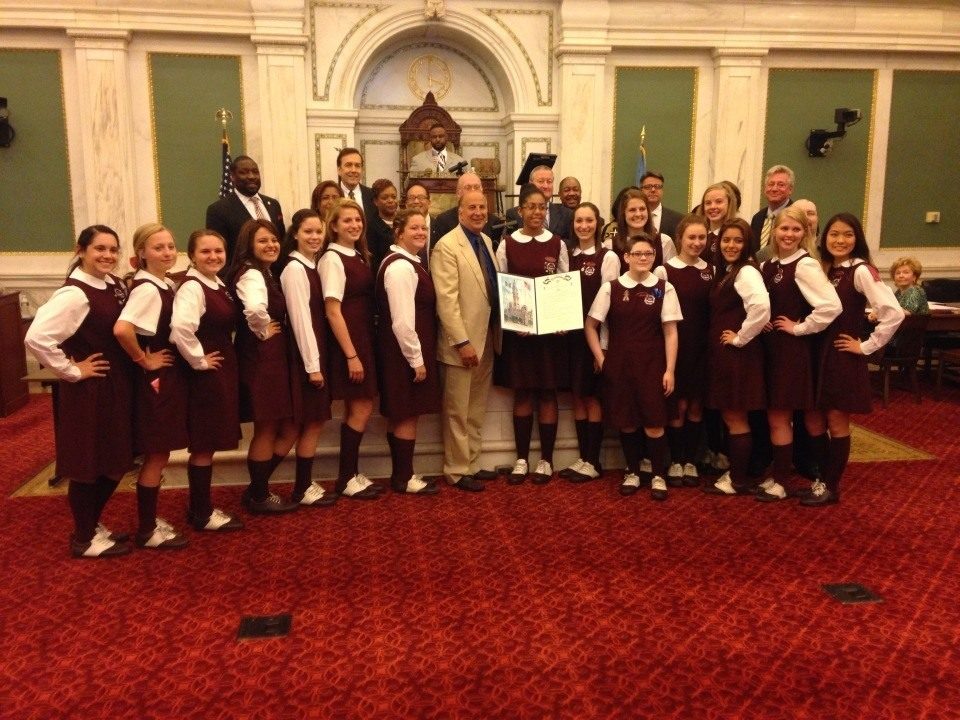 Little Flower Catholic High School, an inner-city, all-girls high school in Philadelphia, was honored by the local City Council last week to cap off a historic season for the school. Current photo via Sean Clothier

Little Flower Catholic High School, an inner-city, all-girls high school in Philadelphia, was honored by the local City Council last week to cap off a historic season for the school.

Little Flower won the Philadelphia Catholic League Championship this season, the first time in the school’s history, and they topped that by winning another school-first – a District 12 AAA Championship.

It’s been a steady but slow improvement curve for the school, which only resurrected its girls swimming program 15 years ago in 1999. Coach Sean Clothier told SwimSwam that the program began simply by teaching kids how to swim, and only won its first dual meet in 2007.

The City Council honored the team with an official resolution of congratulations on the League and District titles. The above photo was taken of the team (minus its seniors, who were away with Senior Week activities) while being honored at City Hall.