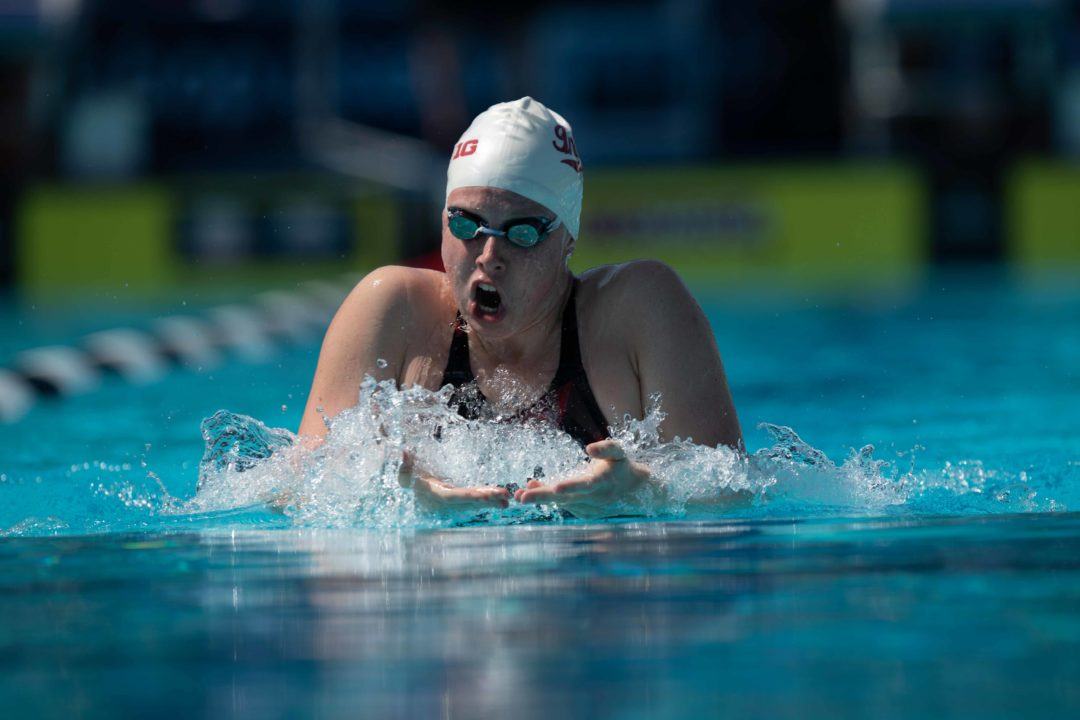 Indiana senior Lilly King split a 25.72 on the Big Ten’s 200 medley relay on Sunday at the ACC vs. Big Ten College Challenge. While that’s not her fastest-ever split, it is a faster split than anybody in history besides herself has been.

King herself swam a 25.38 at last year’s NCAA Championship meet, which is the fastest relay split in history. The next-best swimmer is former USC Trojan Kasey Carlson, who split 25.78 at the 2014 NCAA Championships; with former Tennessee Volunteer Molly Hannis being the only other swimmer to split sub-26 (25.88, 2013 Winter Nationals).

Nobody at last year’s NCAA Championship meet split within a second of King, giving Indiana’s medley relay a massive advantage over the field. The ACC’s top breaststroker on Sunday, Marlia Astashkina of Louisville, split 27.27, while Minnesota junior Lindsey Kozelsky split a 26.82 on the Big Ten “B” relay.

It is hard to believe she is still in college. What didn’t she go pro like the others?

Maybe she wants the whole team experience while earning her degree in 4 years… she doesn’t have to follow people, she is being herself.

She wants to do what she likes.

she loves her training environment and she makes breaststroke exciting !!!