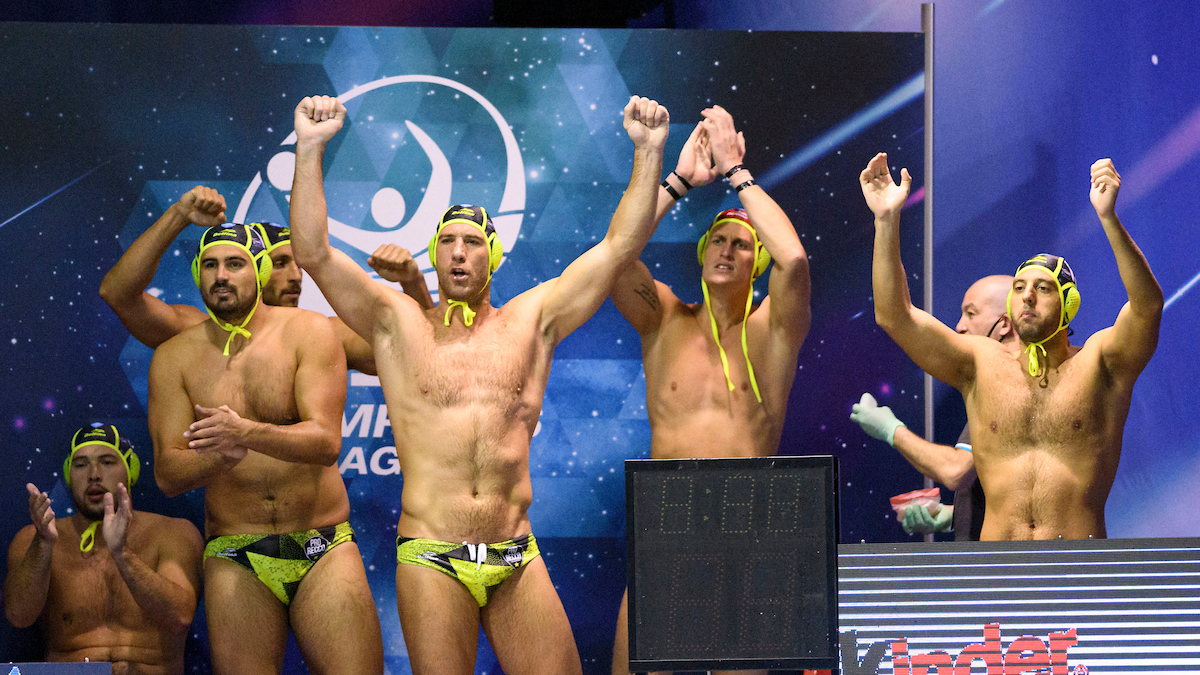 Recco has five wins through the first five rounds, and will take on the Hungarian squad Szolnok in the final. Archive photo via © P.Mesiano/Deepbluemedia/Inside

In three days, both Super Cup finals are to be contested: Olympiacos (GRE) and Kinef Kirishi (RUS) will clash for the women’s title on Saturday in Athens, while the men’s trophy is decided on Monday between Pro Recco (ITA) and Szolnok (HUN) in Szolnok.

Ever since the LEN Super Cup returned in 2002, the men’s Champions League winners won all but one finals among, the overall stands at 17-1. And assessing the chances before the clash of Italy’s Recco and Hungary’s Szolnok, it would be a miracle if the Euro Cup winner Hungarians stunned Recco. Did Szolnok play with last season’s ‘cast’ with Olympic champion Filip Filipovic, Dusko Pijetlovic and national team goalie Viktor Nagy in the leading roles, we might have expected a fierce battle.

But it’s telling that while Recco is the only team in the current edition of the Champions League with 5 wins in 5 rounds, Szolnok already bowed out in the Euro Cup quarter-finals as the team is definitely weaker than a year ago. So Recco can get ready to further boost its treasury by adding a 7th Super Cup title, another record – while Szolnok had one so far, from 2017 when they beat fellow Hungarian team Ferencvaros in a penalty shootout. By the way, Ferencvaros was the only Euro Cup winning side which managed to upend the Champions League title-holder in the last two decades, back in 2018 they beat Olympiacos also in a shootout (and they repeated that next May in the Champions League final, with the same outcome).

As for the women, here one may look for a much balanced and thrilling match between Olympiacos and Kinef. The Greeks got just stronger by adding several quality foreigners to their line-up since they had triumphed in the Final Four by bringing down their Hungarian rivals in the semis and the final respectively in Budapest. For Kinef, always eying the most prestigious trophy, it was a consolation to win the LEN Trophy last season after surprisingly crashing out in the quarters. Though the Russians at least created the chance to win their first Super Cup title which they failed to deliver when they were the Euro League champions in 2017 and 2018.

Olympiacos is 1-1 in the Super Cup finals, lost in 2014, won in 2015 and besides playing at home, the Greeks can also rely on the stats which favour the Euro League title-holders. At least in the history of this event, started in 2006, those sides lead 9-5 in aggregate, though the last two titles went to the LEN Trophy winners.