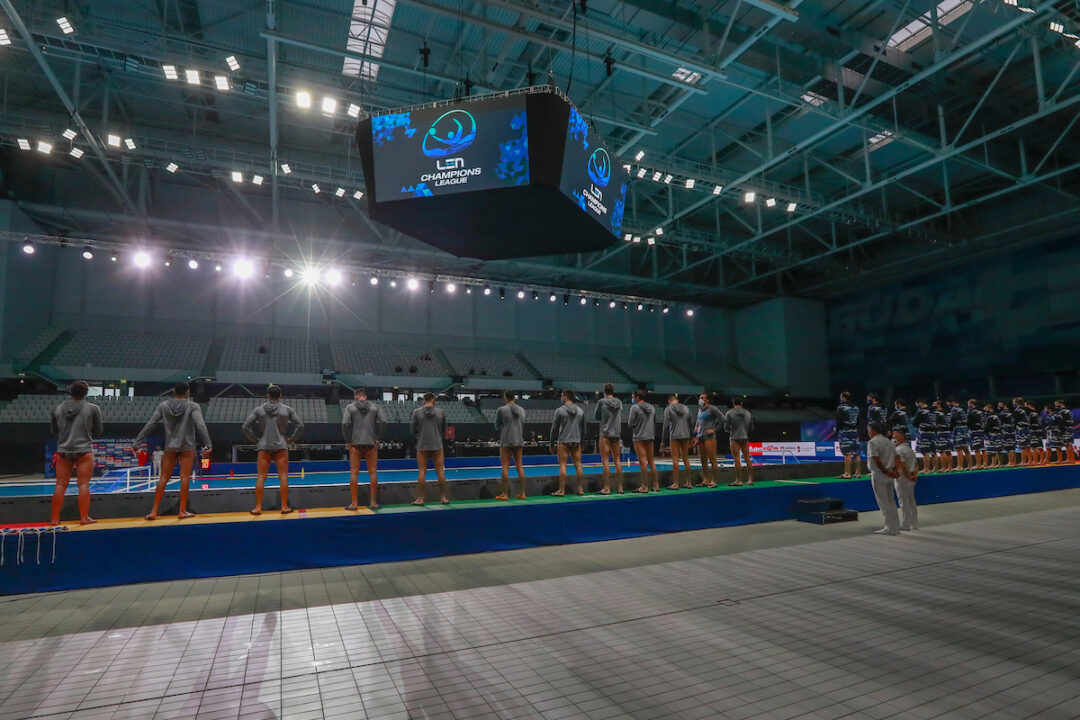 With each favorite winning on the last day of the prelims, title-holder Ferencvaros finished atop the group, ahead of Barceloneta, whom they had beaten twice. Current photo via © A. Kovacs/Deepbluemedia/Insidefoto

Since each favourite did its job on the last day of the prelims, title-holder Ferencvaros finished atop in this group, ahead of Barceloneta, which they had beaten twice. Though Brescia defeated the Hungarians both times they had met but their loss to Jadran on Wednesday cost them the top spot at the end – they had to settle for the third place.

With everything already being settled and the favourites meeting the lower ranked sides, the last day of the prelims offered less excitements. The concentration levels also dropped, especially in the camps of the ‘big boys’ – they just tried to make sure that their respective matches would not turn into embarrassments, plus no one got injured before the most important weeks of the season.

This ended in a bit tighter contests in the afternoon as the underdogs felt that their rivals did not hit the top speed and tried to stay as close as possible to end their campaigns with some good feelings. For sure, by losing by only two goals to Barceloneta, the youngsters of Jadran could leave the pool with their heads held high and the players of Dinamo could also be satisfied with scoring 11 against title-holder Ferencvaros (netted 4 in their previous encounter).

The evening match was a bit different as Brescia offered its ‘normal’ performance against Hannover after its stunning defeat against Jadran a day earlier. The Italians may feel sorry for going down in that match – should they have beaten the Montenegrins, they would have finished first. Anyway, after back-to-back losses here, they had a high-scoring game against Hannover, much more worthy of their previous showing when they won 4/4 in March.

Next is the Final Eight in Belgrade where the quarter-finals day already looks thrilling with games like 2016 winner Jug’s encounter with Brescia, the clash of the champions featuring Olympiacos (triumphed in 2018) and Barceloneta (first in 2014), or the re-match of the last Super Cup final, played in 2019, between Marseille and Ferencvaros.

The event takes place on 3-5 June in the Serbian capital.