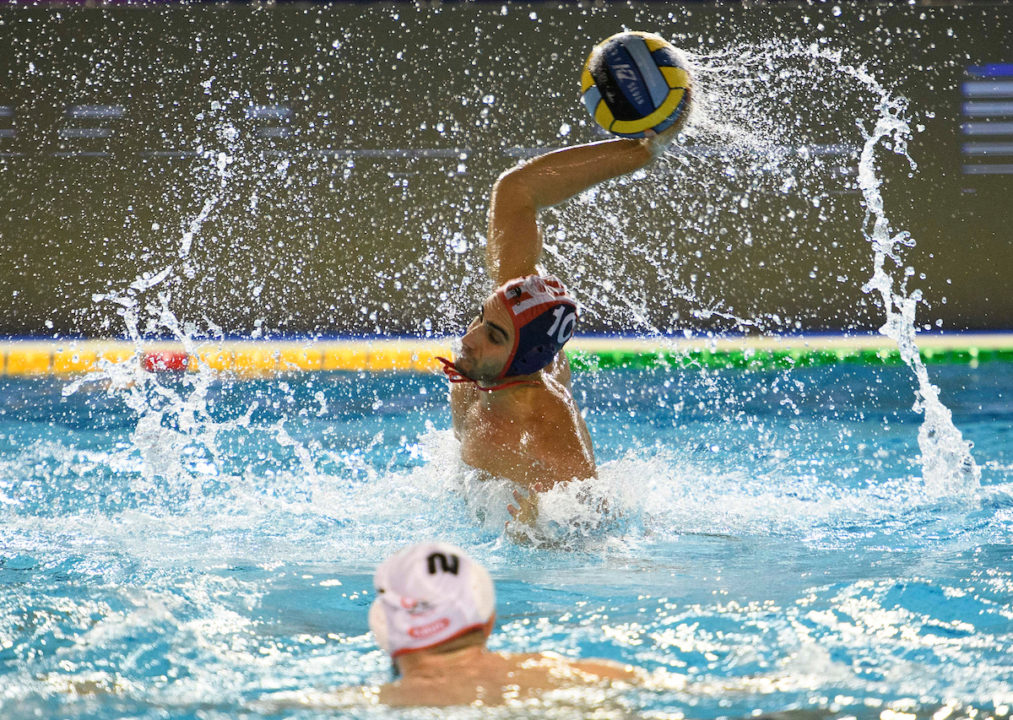 As Group A is arguably the toughest group in recent years, each round offers outstanding battles – as a highlight, Day 2 will see the new Serbian giant Novi Beograd taking on 2018 champion Olympiacos, led by Serbia’s great Filip Filipovic.

With six teams eying the three qualifying spots (F8 host Novi Beograd enjoys a guaranteed berth), each game in Group A has the utmost importance. As Olympiacos’ head coach Theodoros Vlachos put it simple: while you gain points, you also take them from a close rival.

The Greeks enjoyed a calm opening against the group’s only weaker side Dinamo but now comes the tough challenges. The first one is right away Serbia’s newly shaped top club Novi Beograd, featuring the nation’s dearest Olympic and world champion players (five from Tokyo) – with the exception of Filip Filipovic who leads the Greeks. (On contrary, former Olympiacos player Angelos Vlachopoulos plays for the Serbs.) Boosted by a re-arranged Balkan legion – besides Filipovic great Croatian and Montenegrin players arrived at Piraeus –, this mouth-watering clash promises great excitements.

Some 140km away, in Kragujevac, Radnicki plays its first Champions League home game after six years. The other Serbian side entertains last year runner-up Ferencvaros, another clash no to be missed by water polo lovers. And the battle in Brescia against Barceloneta also deserves all attention as the two sides offered a handful of memorable games last season. In their last one, the bronze medal was at stake in the F8, and Brescia prevailed once more but on Day 1 Barceloneta came up with a brilliant performance on the opening day against Jadran while Brescia drew with Ferencvaros – the Italians may not afford losing more points at home.

In Group B, Marseille travels to Dubrovnik and that duel should offer a great contest, though the Croats are always considered favourites in their home. Another Serbian-Hungarian affair is due in Belgrade where the two teams arriving from the qualifications, Zvezda and OSC will play a crucial match.

The German derby between Spandau and Waspo can also be decisive on the long run as here the field behind Recco and Jug looks very much balanced. The title-holder Italian team opened its quest with a fine win in Marseille, this time they face perhaps their easiest match as they play Steaua at home.