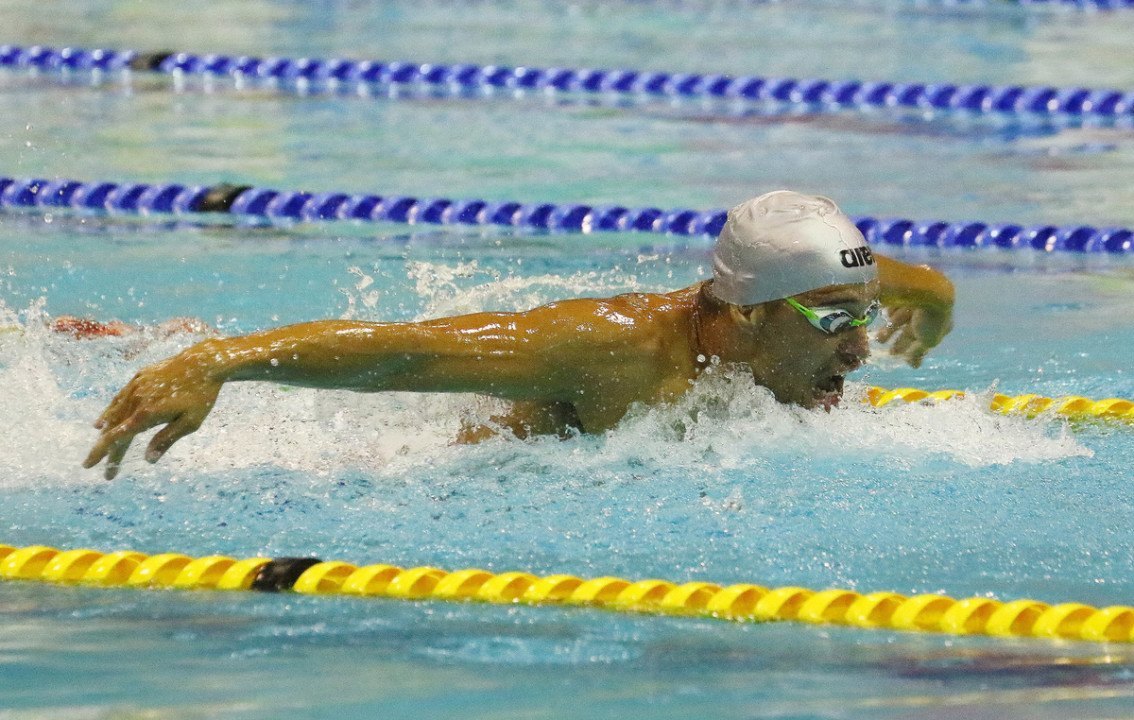 Two of South Africa's most famous swimmers were in the pool today at the 12th CANA African Swimming Championships. Archive photo via Anesh Debiky/Swim SA

After a rather sluggish start on day one of the 12th CANA African Swimming Championships meet in Mangueng, the big names took to the pool to bring some speed to the table tonight.

Two-time 2016 Olympic silver medalist Chad Le Clos easily won the men’s 100m butterfly race today, notching a steady 52.69 to take the gold by over 2 seconds. His mark today was just two tenths of a second off of Jason Dunford’s (Kenya) meet record of 52.49, which has stood since 2008.

Le Clos’ time was a solid performance considering he cleared a mark of 51.14 just two months ago in Rio, where he tied American Michael Phelps and Hungarian Laszlo Cseh for silver in the event. Behind Le Clos today was Egypt’s Mohamed Samy who clenched silver (54.91), while Le Clos’ teammate Alard Basson nabbed bronze in 55.05.

Cameron Van der Burgh got the job done in the 50m breaststroke sprint, touching ahead of the field in a new meet record time of 28.05. He knocked exactly three tenths of a second off of his morning swim of 28.35.

The 100m breaststroke, an event in which ‘VDB’ took silver in Rio, actually took place yesterday. Even with the Olympian’s absence, South Africa notched a 1-2 finish led by Alaric Basson and teammate Michael Houlie. However, their times of 1:03.12 and 1:03.46 were well-off the types of sub-minute outings typically seen in the event by VDB.

Another South African Olympian, Calvyn Justus, was in action yesterday, claiming silver in one of his signature events, the 200m freestyle. His mark of 1:51.92 was well-off the 1:49.60 split Justus threw down at his nation’s Olympic Trials in April, which rendered the videographer a spot on South Africa’s 4x200m freestyle relay in Rio.

Instead the 200m freestyle gold yesterday was won by Myles Brown, a relaymate of Justus in Rio, who took the win in 1:50.93, while Marwan Elamrawy of Egypt snagged silver in 1:51.60.