Lacroix Takes the 200 Butterfly at the Speedo Eastern Canadian Open 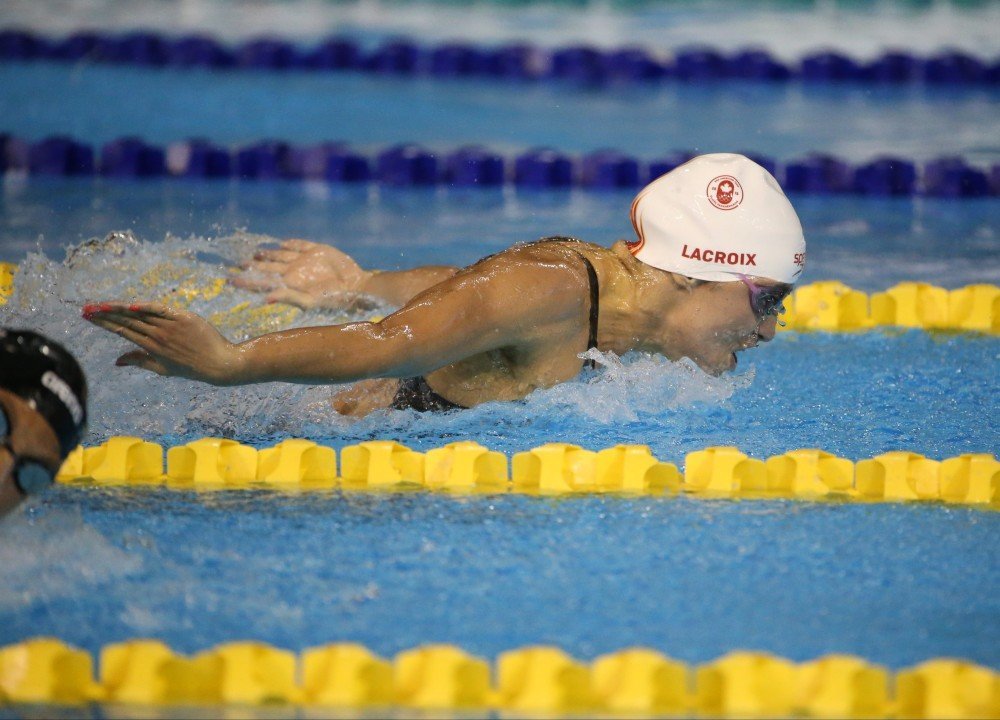 Pan American Games gold medalist Audrey Lacroix took the women's 16 & over 200 butterfly at the 2016 Speedo Eastern Open in a time of 2:09.98... Current photo via Chris Tanouye/www.Christanouye.com

Pan American Games gold medalist Audrey Lacroix took the women’s 16 & over 200 butterfly at the 2016 Speedo Eastern Canadian Open in a time of 2:09.98. Lacroix beat out Katerine Savard, who made the final in the event at the 2014 Commonwealth Games, by almost three seconds.

Lacroix was just off her season’s best of 2:09.90, which she posted at the Austin Grand Prix in January.

Pan American Games silver medalist Zack Chetrat destroyed the field in the men’s 200 butterfly winning the event in a time of 2:00.37, five seconds ahead of the field.

World Championship and Pan American Games team member Karl Krug won the men’s 17 & over 50 freestyle in a time of 23.00. Krug was pushed by Marcelo Chierighini who hit the wall in a time of 23.10.