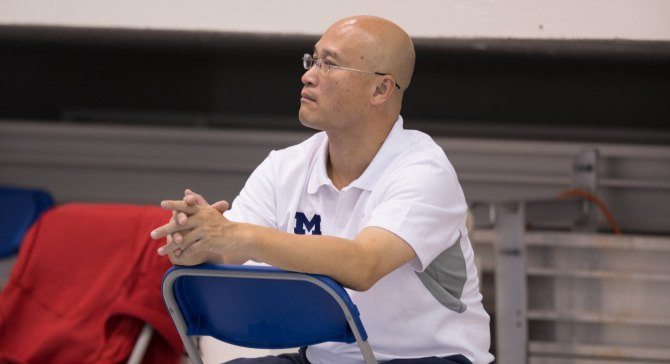 “I have enjoyed my time at this great university and I am going to miss all of my divers,” said Li. “I would like to thank everyone at the University of Michigan for giving me this opportunity to be the diving coach, and I wish everyone associated with Michigan Athletics the best in the future.”

Li came to Michigan with high credentials, leading the U.S. Elite Diving Academy in Columbus, Ohio; and leading the National Training Centre of Diving in Melbourne, Australia. Prior to that time he was the head coach at Minnesota where he produced 8 All-Americans and 6 Big Ten champions.

He also served as a head coach for the USA Diving National Team more than 20 times, including at the Olympics and World Championships. He was also a three-time Olympian for China as an athlete.

Li was never really able to capture that level of success with the maize and blue, however. He did send two women’s divers to NCAA’s (Carey Chen in 2014, and Amanda Lohman in 2011 and 2012), but never placed even a male qualifier at the meet.

The most talented diver returning next year for the Wolverines and whoever takes over this program is junior-to-be Timothy Faerber, who was 4th at Big Tens on the platform. He’s a former USA Diving National Championships medalist and Junior World Championships team member.

I had the great pleasure of working with KZ for two years. Not only is he one of the most knowledgeable diving coaches, he is one of the best people on the planet! I’m sure he will continue to make a positive difference in people’s lives in some capacity.