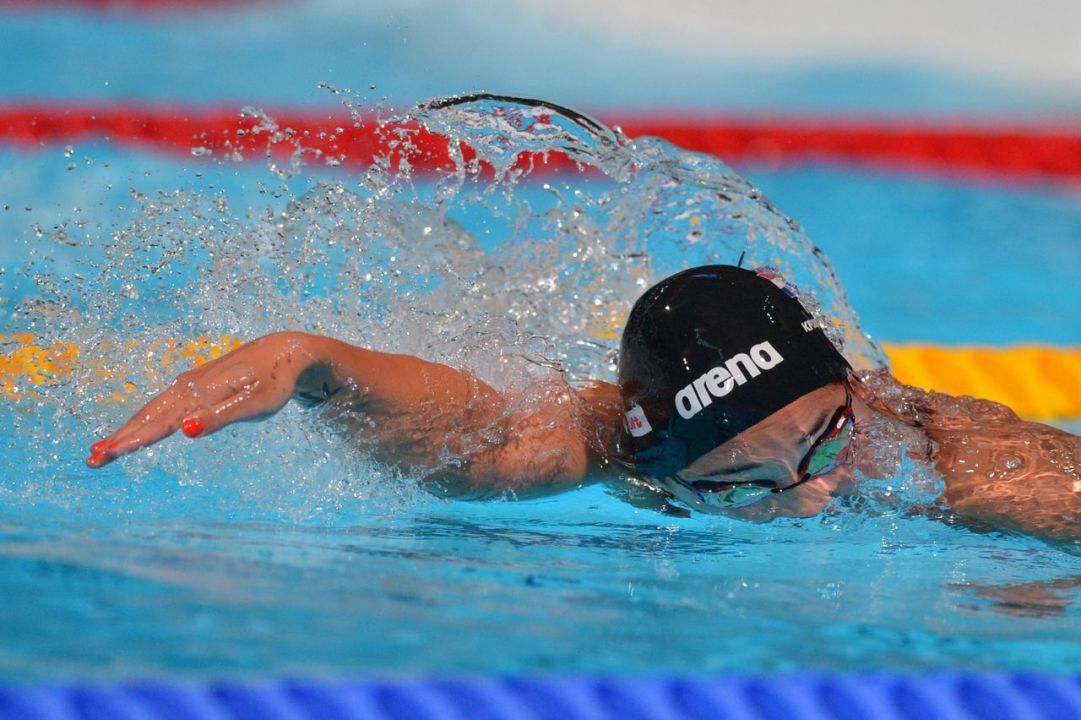 With several European national championships, most of them also trials for World championships in Kazan, around the corner or just... Archive photo via Arena International

The Netherlands’ Femke Heemskerk blasted a 52.79 100m freestyle to top the 2015 world rankings, as well as to slide into history as the 6th-fastest performer of all time in the event.

With several European national championships, most of them also trials for World championships in Kazan, around the corner or just finished, the Swim Cup Eindhoven is a perfect stage for a form test. National team members and club swimmers from many European nations are competing in Eindhoven, Netherlands, from April 2nd to April 5th.

In the star stacked field, Sebastiaan Verschuren sent some fast greetings to Australia’s James Magnussen with a 48,36 in the semifinal of the 100 free – 0,03 seconds off Magnussen’s fastest time in 2015. Velimir Stjepanovic (Serbia) finished second in the semis with his time of 49,21- he is the 2014 European Champion in the 200 and 400 freestyle and he is representing Hamilton Aquatics Dubai at this meet.

Long distance swimmer Peter Bernek (Budapest, Hungary) took the 800 free with a new meet record of 7:50,42, which is also is the fastest time this year so far. Addionally, his team mate Boglarka Kapas won the womens 800 free with a world top ten swim, and also meet record, in 8:30,40.

Ranomi Kromowidjojo battled her Dutch teammate Femke Heemskerk in the 50 free – and they both now rank 3rd and 4th behind the Campbell sisters with a 24,35 for Ranomi and a 24,57 for Femke in today’s finals.

Another Hungarian is back on the international swim stage – Zsuzsanna Jakabos made her comeback with a winning time of 2:11,32 in the 200 IM – this time ranks her 4th in the world.

Tomorrow, Sweden’s Sarah Sjöstrom will compete in the 200 free, and Sebastiaan Verschuren will try to set a new World’s best in the 100 free in front of his dutch home audience. And in the spotlight on friday: the  World record holder and 2012 Olympic Champion in the 100 breaststroke Cameron van der Burgh who will join the action in Eindhoven.